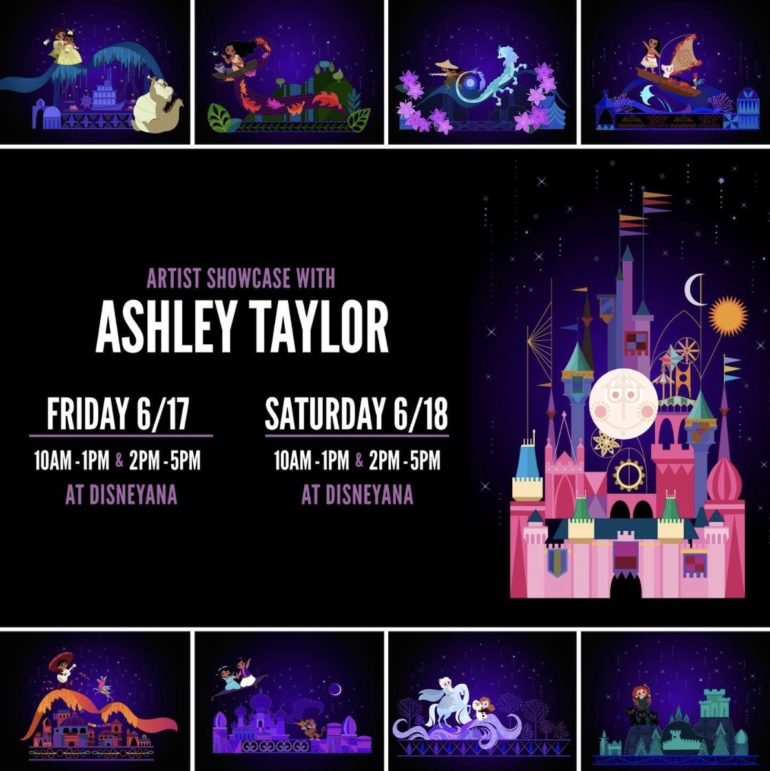 Each piece features a different section of the float focused on an individual Disney story. These include “Coco,” “The Princess and the Frog,” “Moana,” and “Frozen.”

Taylor will be signing prints at Disneyana in Disneyland for the collection’s release on the following dates and times:

Taylor wrote, “Working on this finale float design was truly a dream project! The moment I found out this float would be inspired by It’s a Small World, I knew this project would be my love letter to Mary Blair! In this collection, you’ll find artwork of all the character vignettes, full float, Small World castle and much more! It’s my biggest release of artwork to date!”

The Main Street Electrical Parade returned to Disneyland earlier this year for its 50th anniversary. It debuted at Disneyland on June 17, 1972.

Will you be collecting some of this Main Street Electrical Parade art by Ashley Taylor? Let us know in the comments.