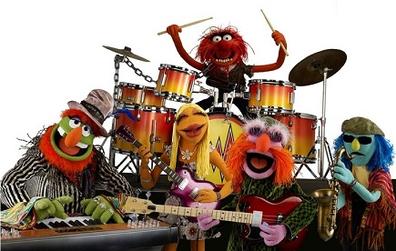 Saara Chaudry and Anders Holm have joined the cast of the Disney+ show “The Muppets Mayhem,” which began filming in April.

Chaudry will be series regular Hannah, the younger and arguably more accomplished sister of Nora (Lilly Singh). Raised in the era of likes, shares, and the idea that “if it wasn’t posted, it didn’t happen,” Hannah translated her e-acumen and talent for enthusiastic and aspirational make-up videos into a burgeoning social media empire, complete with a legion of “Fan-a-Hannahs.” Her success has unfortunately upended her dynamic with Nora.

Holm will be recurring guest star JJ, a formerly sheepish, nerdy intern-turned uber-cool, tech entrepreneur who happens to be Nora’s ex. On the surface, his ambition knows no bounds, but the real JJ underneath still hopes to win back Nora.

Tahj Mowry has also been cast in “The Muppets Mayhem” as Gary “Moog” Moogowski.