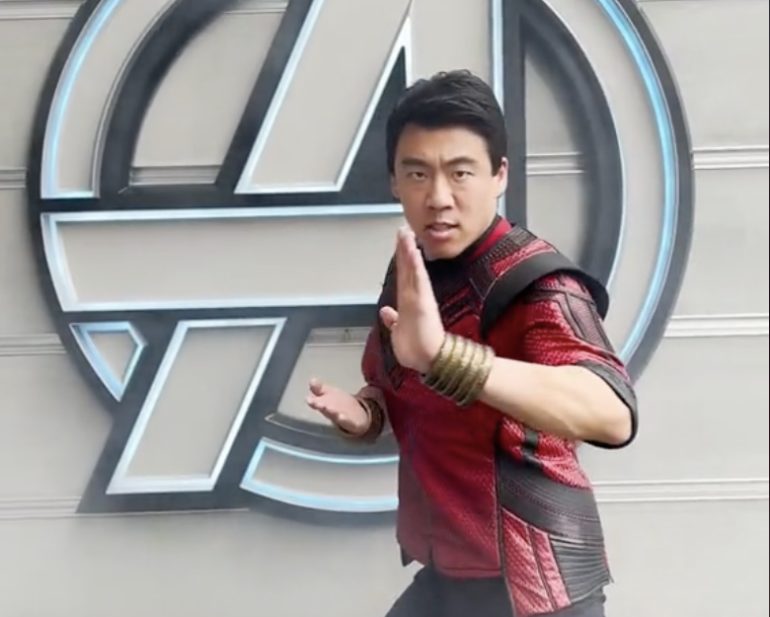 Shang-Chi has returned to Avengers Campus in Disney California Adventure. He first appeared last fall during the film’s release, wearing normal clothes and his red and white bomber jacket. Death Dealer also appeared, and they performed a brief stunt show.

Disney Parks announced on TikTok that Shang-Chi is back, and he is now wearing his superhero outfit.

The outfit includes a red leather top and black pants. He’s wielding the golden Ten Rings on his wrists.

Since his last appearance, physical distancing was removed from character interactions, so Shang-Chi will get to meet guests up close for the first time.