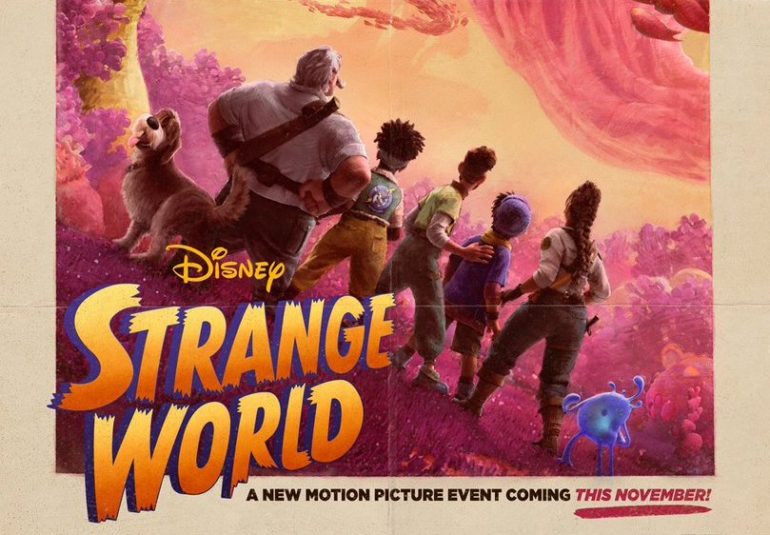 According to Matthieu Saghezchi on Twitter, Walt Disney Animation Studios’ “Strange World” will have the company’s first openly gay teen romance in a feature film.

Matthieu Saghezchi is an animation production designer who saw a sneak peek of “Strange World” at the Annecy International Animation Film Festival this morning.

The first teaser trailer and poster for “Strange World” were released earlier this month and it will hit theaters (or just Disney+ in some countries) on November 23.

Variety also reported on the film from Annecy this morning. Jaboukie Young-White will voice the teenage Ethan, who flirted with a boy named Diazo in one of the three sequences shown at the festival.

The film will also star Dennis Quaid as Ethan’s grandfather Jaeger Clade, Jake Gyllenhaal as his son Searcher, and Gabrielle Union as Ethan’s mom and Searcher’s wife Meridian. Lucy Liu will be Callisto Mal, the head of the film’s magical setting of Avalonea. As Diazo was not announced among the main characters, we can assume a romance between him and Ethan will not be a main plot of the film.

The other sequences shown at Annecy were an action scene in a cavern and Search exploring Avalonea with his dog.