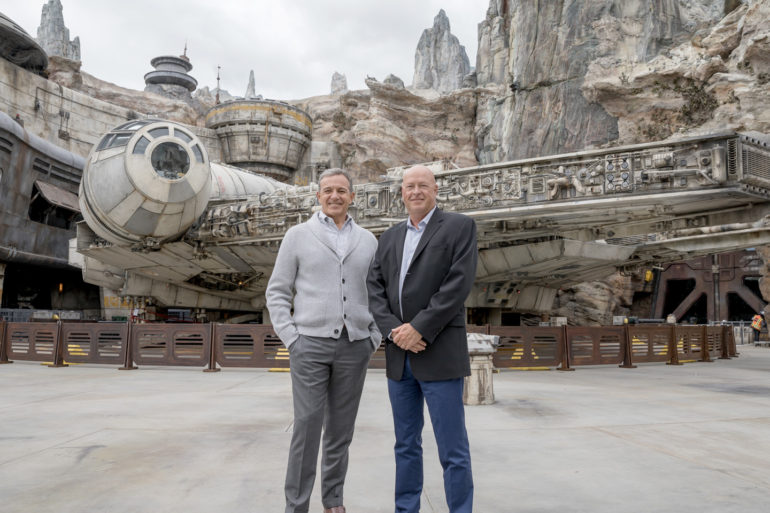 According to a report from Business Insider, the transition to Bob Chapek as CEO of The Walt Disney Company did not go as former CEO Bob Iger had planned.

Iger had intended to spend his last year as CEO of Disney on a global goodbye tour, but this was canceled due to COVID-19. Iger had already selected Bob Chapek as his successor, and he intended to mentor him during his final years with the company.

Unfortunately, Iger and Chapek had different ideas about how to deal with the pandemic, how the company should be structured, and Disney’s politics. Iger remains unhappy with how the transition was handled, said an insider familiar with his thinking.

Iger has spoken out against some of Chapek’s decisions over the past few months in particular. They reportedly had a falling out and no longer speak.

According to someone at Allen & Co.’s Sun Valley mogul retreat last week, Chapek and Iger exchanged a greeting but did not talk more.

Iger was originally contracted to stay on as CEO through 2021, but stepped down from the role in early 2020.

“It was Bob Iger’s desire to move the timeline up — and if COVID hadn’t happened, none of the stuff between [him and Bob Chapek] would have transpired,” said a Disney executive. “The board was surprised; it was several months before his departure date. He got tired of all the things you have to do. He really wanted to play around with creative and not worry about all the business crap.”

The other insider familiar with Iger’s thinking disputed this, saying Iger was still engaged with the business but felt it was a good time for the handoff considering the successful launch of Disney+.

Iger still remained pretty hands-on after February 2020 as COVID-19 hit the U.S.A. Another insider indicates that this was “a slap in the face” to Chapek. Iger remained chairman of the board through 2021.

The board was reportedly unhappy with Iger’s succession plan. A former Disney executive called it “a notable failure.” The board suggested other candidates, but Iger pushed for Chapek. They also suggested making Chapek a COO first, while Iger remained CEO for longer.

“If he had known and understood the scope of the pandemic, he never would have stepped down when he did,” another former Disney executive said.

Iger is currently writing a book about leadership in unprecedented times. The Disney board recently voted unanimously to renew Chapek’s contract for another three years.