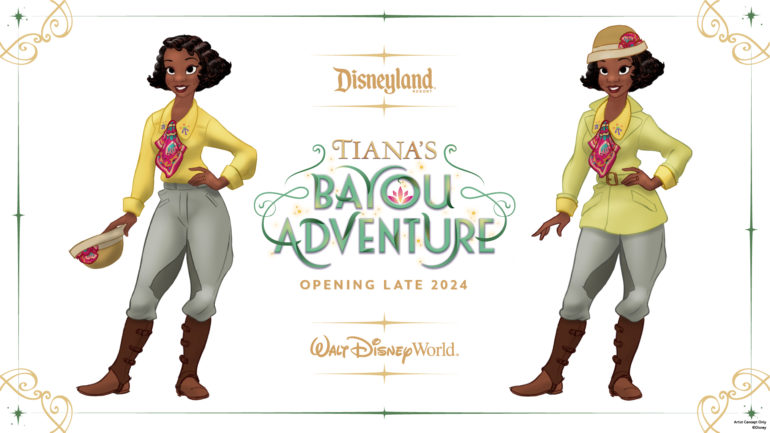 Disney announced this morning that the new ride replacing Splash Mountain would be called Tiana’s Bayou Adventure and open in late 2024. They have now revealed Princess Tiana’s new outfit for the ride.

Tiana is wearing brown boots, grey pants, and a yellow top with a red bandana. She also has a green jacket and a brown hat to wear over her curly bobbed hair.

This outfit is similar though not exactly the same as what Tiana was shown wearing in concept art for the attraction. As we know, many things can change from concept art to final product.