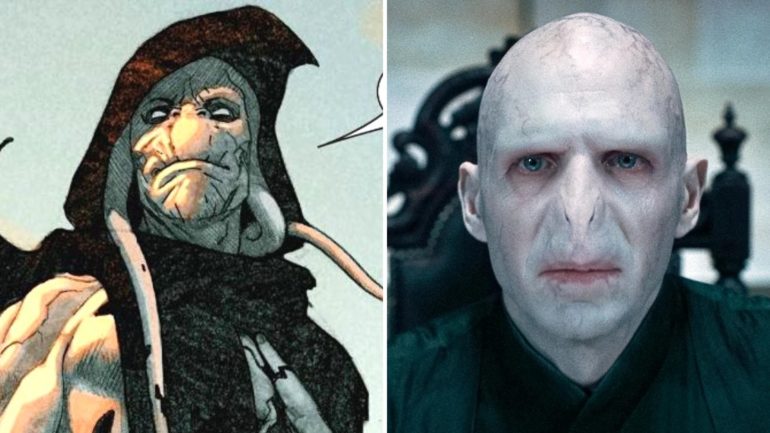 In an interview with IGN, “Thor: Love and Thunder” director Taika Waititi explained that Marvel changed Gorr the God Butcher’s design to avoid comparisons to Voldemort.

In the comics, Gorr has a pale face with almost no nose, a thin mouth, and white eyes. The design is similar to Voldemort, the main villain of the “Harry Potter” series. Because of this, Waititi explained, they decided to depart from that design but keep “elements of the tone” of the character.

Watch the IGN video with Waititi below.

Ultimately, Gorr as played by Christian Bale is still as pale and bald as the comic version of the character but has more defined facial features, plus grey stripes running down his forehead.

How do you feel about the changes to Gorr the God Butcher’s design? Let us know what you think in the comments.