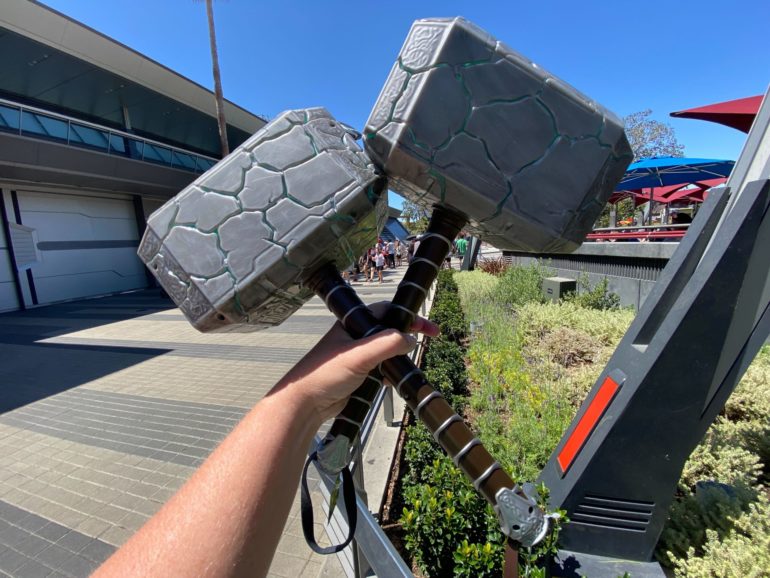 Prove your worthiness with this new “drink vessel” shaped like Mjölnir, the hammer originally wielded by Thor and now used by Mighty Thor (a.k.a. Jane Foster) in “Thor: Love and Thunder.”

The hammer is available from Shawarma Palace in Avengers Campus at Disney California Adventure. It includes your choice of Coca-Cola bottled beverage.

The head of the hammer is silver, with light-up lines across it. The lines are from the hammer being shattered by Hela and later reconstructed.

The hammer is made of plastic.

The handle is brown, with silver rings and a silver end. It has a brown wrist strap at the end.

It has a New Asgard tag.

The battery compartment is on the underside of the head.

The top of the hammer opens.

The inside of the lid is a translucent teal blue.

There’s a silvery cupholder inside.

It’s the perfect size to fit a Coca-Cola bottle.

That said, it’s not exactly practical to carry your drink like this.

It has two light-up modes. One that slowly pulses and another that blinks.

Will you be picking up Mighty Thor’s hammer during your next Avengers Campus trip? Let us know in the comments.