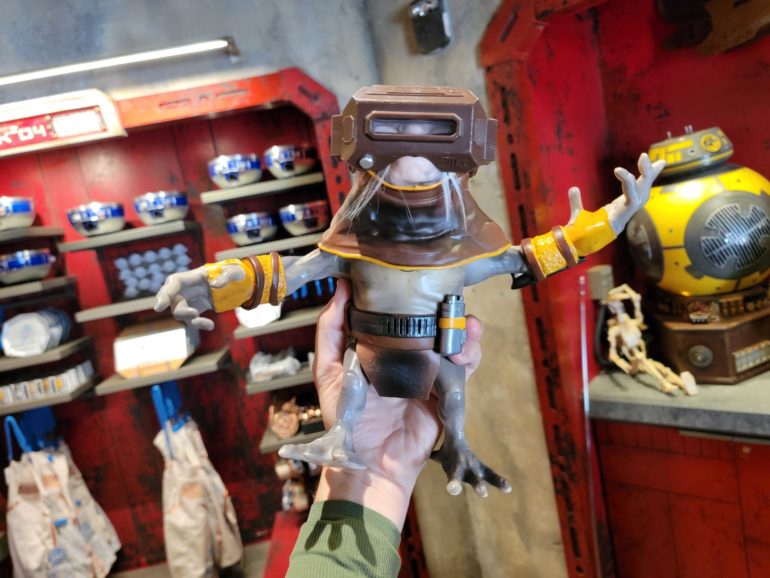 Unfortunately, Babu doesn’t interact with Star Wars: Galaxy’s Edge like the droids of Droid Depot do. He does make sounds and moves.

The box opens so you can see the Babu Frik figure before purchasing. Concept art of Babu Frik in his workshop is inside the box.

Babu Frik appeared in “Star Wars: The Rise of Skywalker.”

A figure was also on display. This little Anzellan wears a brown hood with a visor that goes down over his eyes.

He has yellow gloves and a brown loincloth. The switch and battery compartment are on his back.