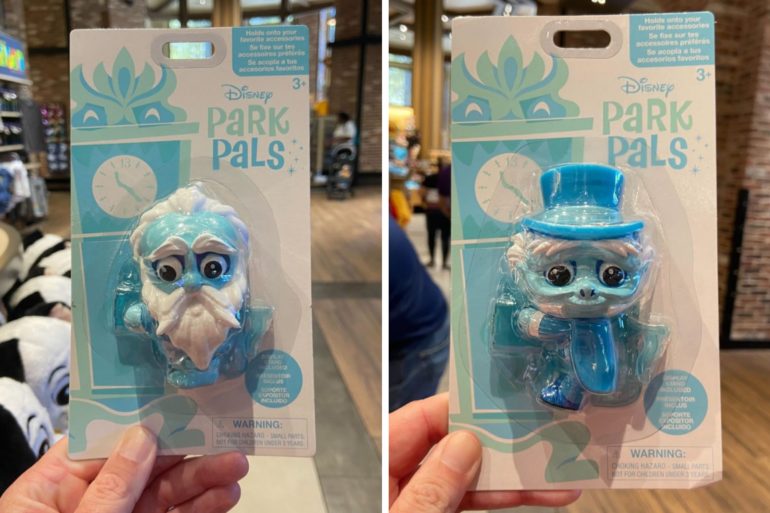 All three Hitchhiking Ghosts are now available as Park Pals at Disneyland Resort. We found them at Port Royal near The Haunted Mansion and in World of Disney at Downtown Disney District.

The three Hitchhiking Ghosts are Gus, Phineas, and Ezra. Ezra, a.k.a. the Skeleton, has been available on shopDisney for two years, but Gus and Phineas are available for the first time.

All three of the figures are blue. Gus has a big white beard, white hair, and bushy white eyebrows.

He’s a little shorter than the other two ghost figures.

Gus is also known as the Prisoner, but his Park Pal doesn’t include the ball and chain on his ankle.

Each of the Park Pals comes with a castle tower stand.

Phineas, a.k.a. the Traveler, has a top hat and long coat.

On the ride, he holds a suitcase, but that’s not included with his Park Pal.

The figures need their hands free to hold onto their stands — or whatever you want to clip them to.

Ezra has a bowler hat and, as implied by his name of the Skeleton, a more sunken skeletal face.

Will you be bringing these Hitchhiking Ghosts home? Let us know in the comments.