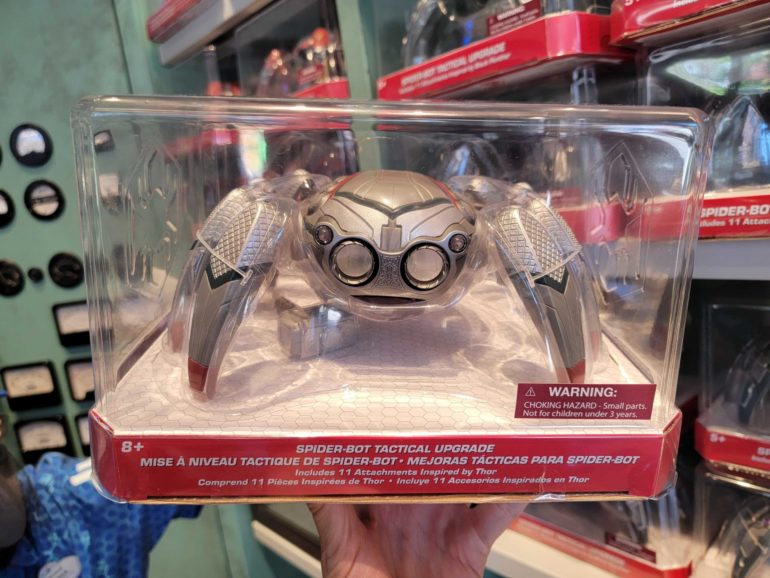 Thor is taking Avengers Campus by storm, so it’s no surprise to see a new Spider-Bot tactical upgrade in his honor. Like the other upgrades, you can find the new Thor set in WEB Suppliers.

The tactical upgrade is an accessory to your Spider-Bot and does not include the bot itself.

The Thor-inspired set is silver and gray with black and red accents, like the hero’s classic armor.

As part of the story for Avengers Campus, the tactical upgrades are designed by members of WEB — the Worldwide Engineering Brigade. This set was invented by Dinesh Deol, who Marvel fans may recognize as the hero Grid.

The legs are patterned with a crosshatch similar to that of Thor’s sleeves.

Above the eyes is a design similar to Thor’s chest plate, and below is a pattern found on Mjolnir (his hammer).

The upgrade kit comes with a tiny Mjolnir for your Spider-Bot.

Check out the other recent tactical upgrade inspired by Doctor Strange.