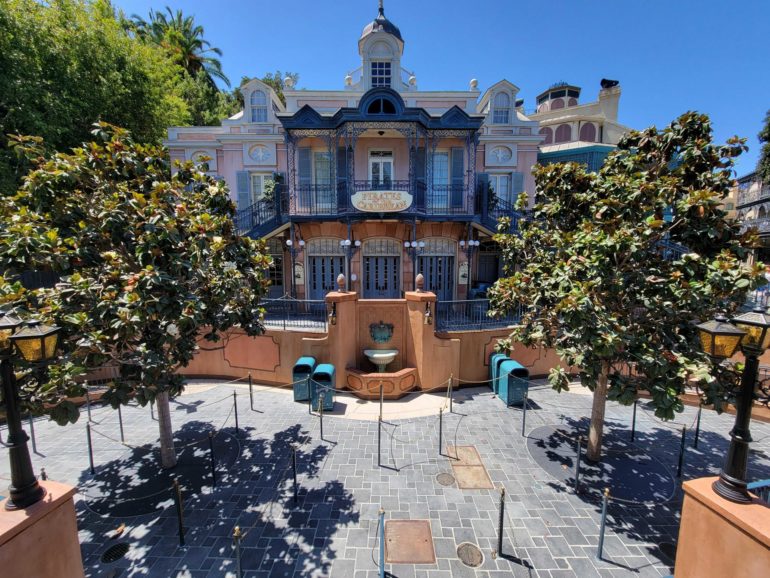 According to Reddit user diskneelvr, some Disney influencers sick with COVID-19 were planning on visiting Disneyland today to ride Pirates of the Caribbean after it reopened. Diskneelvr shared a screenshot of the sick vloggers, seemingly from a video.

According to the petition, Slockbower in particular “continues to break park rules and harass and attack park goers while recording her vlog posts at the park.”

The petition references Slockbower mocking a disabled guest riding a scooter in one of her videos. It also mentions Slockbower, who is white, attacking an African American family, including children, on the Mark Twain riverboat.

Reddit users also referenced Slockbower claiming another guest assaulted her after she was “coughed on.” Reddit user winnmab describes that video, which has since been taken down:

“Basically she was hawking some merch on the Columbia during a live stream and kept showing the other guests. This gentleman cleared his throat and said, “don’t give these grifters any money” when she walked by. She had him interrogated and thrown out of Disneyland with his kid claiming he assaulted her.”

The man got the video removed because she showed his child’s face without his permission.

Reddit user No_Point_6996 describes an encounter with the influencers:

“She has a history of making false claims against guests at the park,” the petition, created by Stephanie Fox, reads. “She uses staff and security at the park as a weapon and constantly video’s about how she will use them against park goers.”

Fox also references Slockbower selling and promoting her products, even asking for money in the parks.

“Her attitude and actions [go] directly against the values and magic of Disney and they need to be stopped for creating videos inside the park that are meant to intimidate guests and promote selling of their personal merchandise,” Fox writes.

We don’t yet know if the couple did visit Disneyland today. Pirates of the Caribbean is currently closed after several breakdowns this morning.