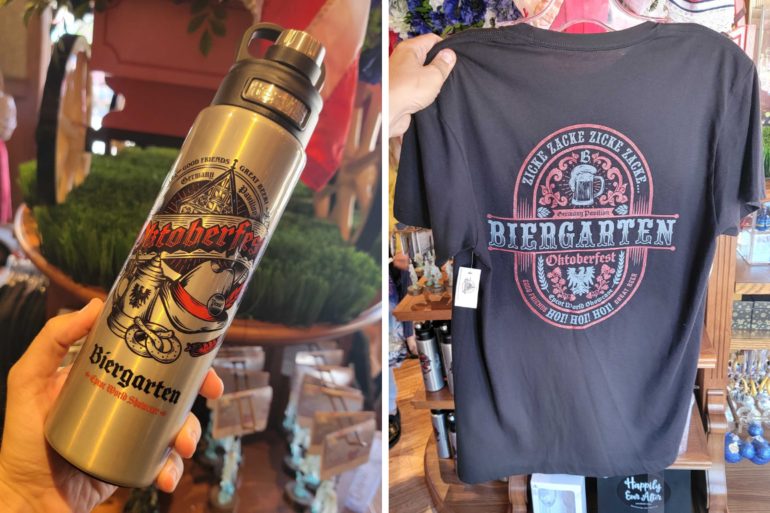 You don’t have to be in Florida anymore to get a taste of Biergarten in the Germany Pavilion at EPCOT! Two items inspired by the restaurant have made their way west to the Disneyland Resort.

This metal bottle by Tervis features an Oktoberfest banner surrounded by a stein, pretzel, and a Tyrolean hat.

This black t-shirt features a Biergarten crest, centered appropriately around a mug full of beer.

The crest also notes that the restaurant can be found in World Showcase at EPCOT.

The reverse features a classic design featuring hops, a mug, and a German eagle in red and gray. A classic German drinking chant can be found on the border: “Zicke zacke zicke zacke… Hoi! Hoi! Hoi!”

We found these at Plaza Point in Disneyland.