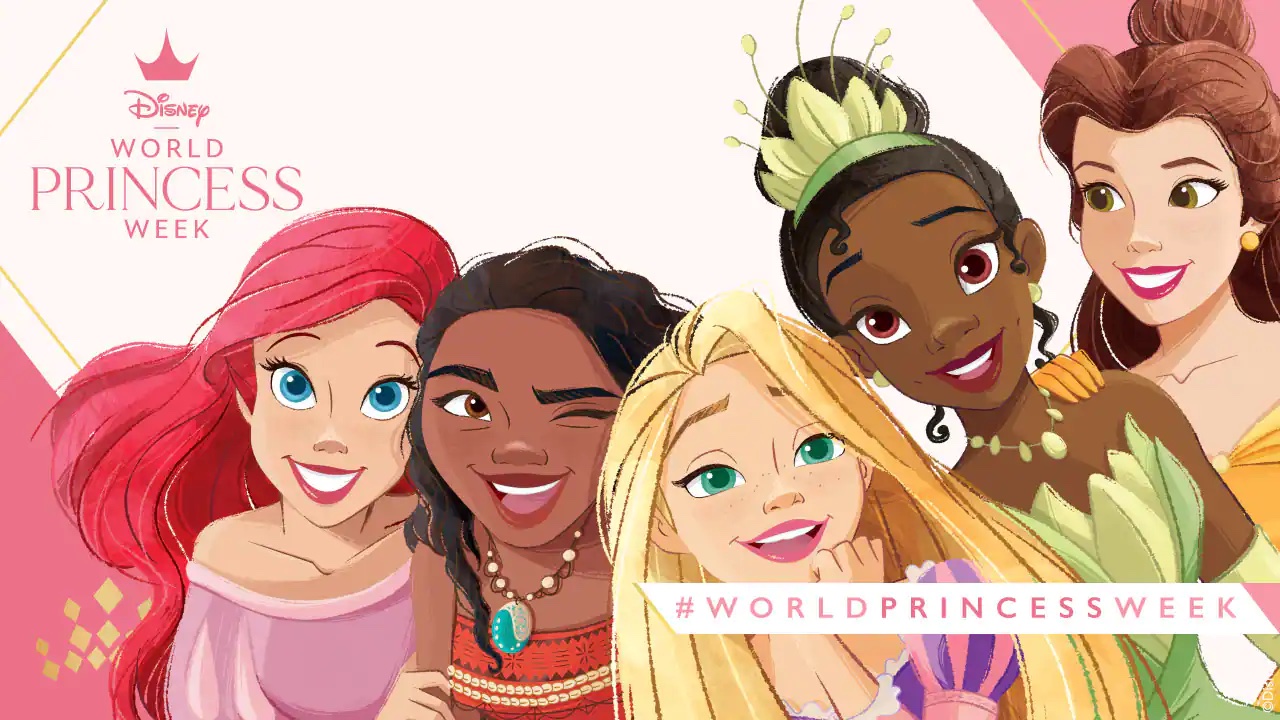 Disney has announced activities, photo ops, and more that will be available at Disney Parks during World Princess Week from August 21 through 27, 2022.

World Princess Week is part of the ongoing Ultimate Princess Celebration, a global extravaganza across The Walt Disney Company that highlights the impact of Disney Princesses and the courage and kindness they inspire in fans all around the world. Making her official debut as a Disney Princess this year is Raya from the Walt Disney Animation Studios film “Raya and the Last Dragon.”

World Princess Week is being launched by Brandy, star of The Wonderful World of Disney, Rodgers & Hammerstein’s “Cinderella.” Brandy visited Disneyland Resort for a special performance in front of Sleeping Beauty Castle of “Starting Now,” the theme song of the Ultimate Princess Celebration. Disney will release the video of Brandy’s performance on Monday, August 22.

If you’re staying at one of the resorts at Walt Disney World during World Princess Week, you can attend one of the Movies Under the Stars for princess movie screenings all week at select resorts. Head over to Disney Springs for a princess-themed DJ dance party on Sunday, Aug. 21, and Saturday, Aug. 27. Stop by the American Adventure pavilion in EPCOT for a Tiana and Naveen-inspired paper crown giveaway. And don’t forget to indulge in one of the many princess-themed food and beverage offerings throughout the resort.

Magic Key holders can stop by Stage 17 at Disney California Adventure park for an exclusive photo opportunity and magical extras. All guests can join Disney Artist and Historian Stacia Martin at WonderGround Gallery in Downtown Disney District on Aug. 21 from 12-4 p.m., to see her draw Disney Princess characters. Guests staying at the Hotels of the Disneyland Resort on Aug. 22, are invited to Disney’s Grand Californian Hotel & Spa to see her in action again. For guests staying at Disney’s Grand Californian Hotel & Spa club level, there will be a special opportunity to watch and chat with Stacia in the Veranda.

At Disneyland Paris, check out The Royal Promenade, a cavalcade of princesses and queens set to the song “Starting Now.” Head behind Sleeping Beauty Castle for Aurora Welcome Greetings, a magical happening with Princess Aurora and dancers. Four exclusive Magic Shots from Disney PhotoPass are available during the week, and you can collect free princess collectible cards throughout the park before you head home for the night.

If you’re unable to visit a Disney Park during World Princess Week, there are plenty of opportunities to participate at home. Use #WorldPrincessWeek when posting your royal fun on social media.