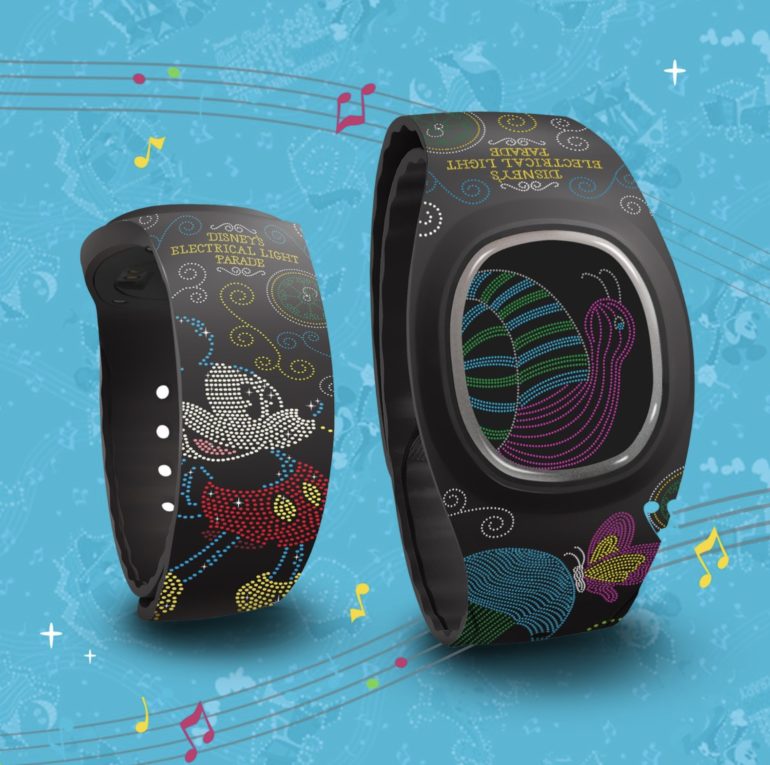 The MagicBand+ is black with colored dots that appear as if the designs are illuminating! Mickey Mouse is starry-eyed on the side of the band and a snail takes its rightful place on the light-up portion on top.

The designs resemble the Main Street Electrical Parade 50th anniversary merchandise but the parade has not been known as “Disney’s Electrical Light Parade.”

Will you be lighting up the parks with this Electrical Light Parade MagicBand+? Let us know in the comments!