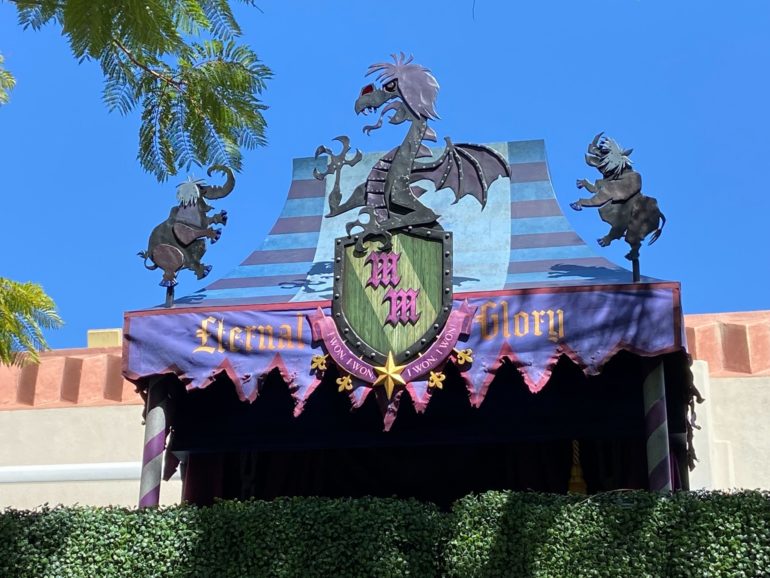 We’re only a week away from the start of Oogie Boogie Bash at Disney California Adventure, and some pieces of the sold-out event have begun to emerge.

A few of the backdrops for the villain sightings on the treat trails are now up.

This green, palatial-like setup can be seen to the left of the waterfall near the entrance to Avengers Campus.

Meanwhile, behind Grizzly River Run in Grizzly Peak, a throne has been set up.

The stage is also decorated with pots of white flowers, giving the place a homey touch.

The steps leading up to the stage have plenty of candles and vines, suggesting that this will likely be where Mother Gothel from “Tangled” will stake her claim.

When Oogie Boogie Bash rolls around, guests will be able to see Disney Villains sitting atop their thrones while they collect candy.

Finally, over in Hollywood Land, tables and seating behind the Hyperion Theater have been removed to accommodate the treat trail.

The area will be home to Madame Mim’s spot. The villainess from “The Sword in the Stone” makes her debut at the event this year.