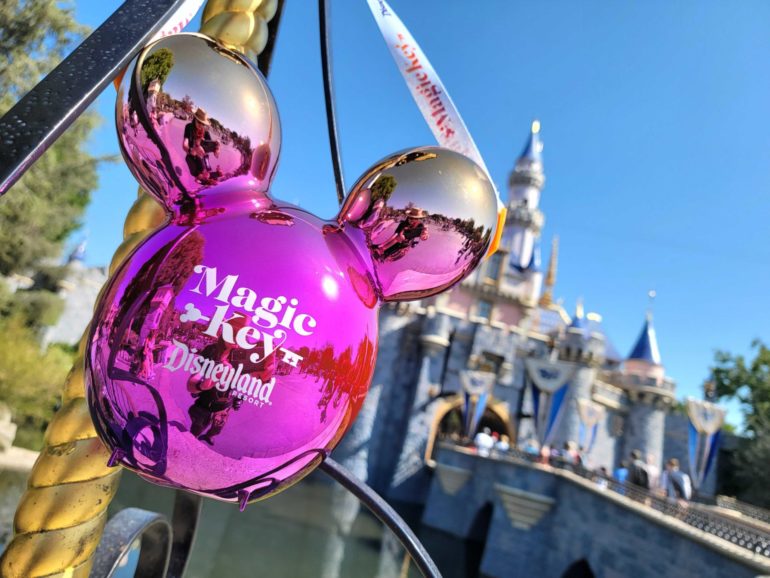 Now that we know Magic Key passes will be able to be renewed, it’s time to celebrate at the Disneyland Resort with a new popcorn bucket!

The bucket is shiny and pink, with yellow ears inspired by the Magic Key logo. This is the second bucket exclusive to Magic Key holders, as the first one was released in September 2021.

The logo also appears in white on the front of the bucket above the Disneyland Resort logo.

This bucket is so shiny, it could double as a mirror in a pinch, as our reporter demonstrates.

The same metallic look was applied to an ombré bucket that was released back in June.

A themed strap is included, and as always, a fill of popcorn is included in the price. We were originally told by Cast Members that Magic Key holders could purchase refills for $1.75 each when they present their pass, but this bucket is no longer eligible for refills.

We found this bucket at the popcorn cart on Main Street, U.S.A., in Disneyland.