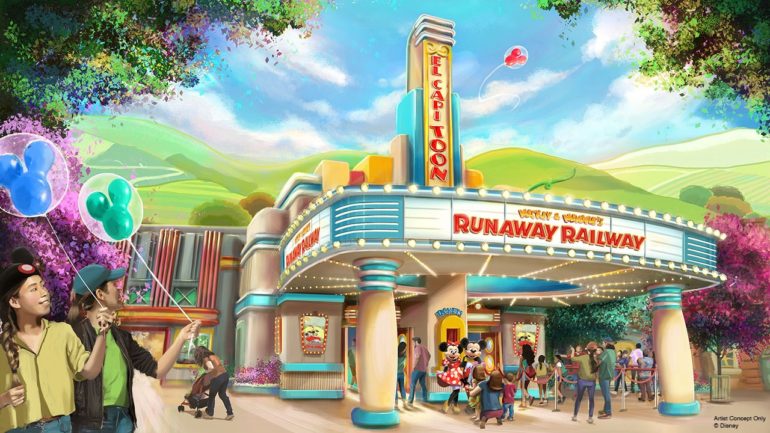 An attraction poster for Mickey & Minnie’s Runaway Railway at Disneyland is on display at D23 Expo 2022. The attraction already exists at Disney’s Hollywood Studios in Florida, but will open along with the reimagined Mickey’s Toontown at Disneyland next year.

The poster shows Mickey and Minnie on the train, with Goofy, Daisy, Donald, and Pluto to the sides. Various landscapes are in the background. They represent some of the same scenes that already exist in the Florida version of the ride.

Disneyland Resort President Ken Potrock did promise that the Disneyland version of Mickey & Minnie’s Runaway Railway would have “enhancements” the Florida version doesn’t have.