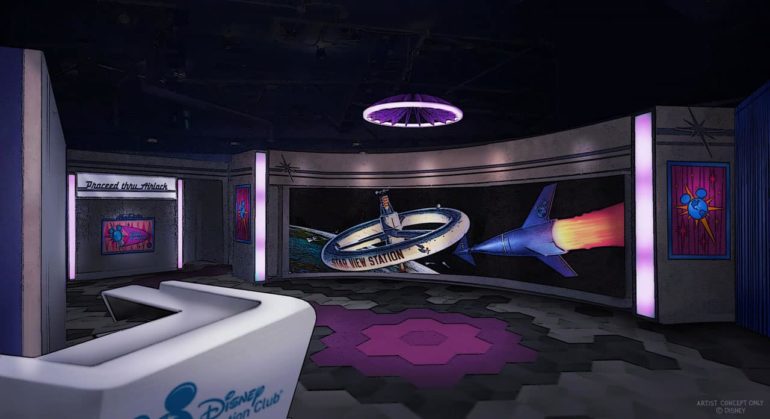 Today, it was shared that Disney Vacation Club is now developing its first Member Lounge at Disneyland Resort in California. Called “Disney Vacation Club Star View Station” and anticipated to open in the first half of 2023, the new lounge will be located in the heart of Tomorrowland at Disneyland Park, in the space on the second floor of the Star Wars: Launch Bay building. The sleekly designed “space” will be home to a dedicated Disney Vacation Club Member Services team, as well as plenty of casual seating, complimentary Wi-Fi, device-charging stations and more.

The new lounge will be open daily during scheduled hours to eligible Disney Vacation Club Members with valid park tickets and reservations to Disneyland Park.

Exclusive Member spaces have been part of what Disney Vacation Club calls “Membership Magic.” From the Top of the World Lounge, which recently reopened with villainous new offerings atop Bay Lake Tower at Disney’s Contemporary Resort, to the Member Lounge perched in the iconic glass pyramid of the Imagination! pavilion at EPCOT.

This project does not seem to align with rumors of the demolition of Star Wars: Launch Bay, the former carousel theater in Tomorrowland, but perhaps the bottom floor will become the seating area for all guests, however, Disney has yet to confirm any changes to the land beyond this lounge. The demolition could also come later as the overhaul project is not slated to be completed for several years.