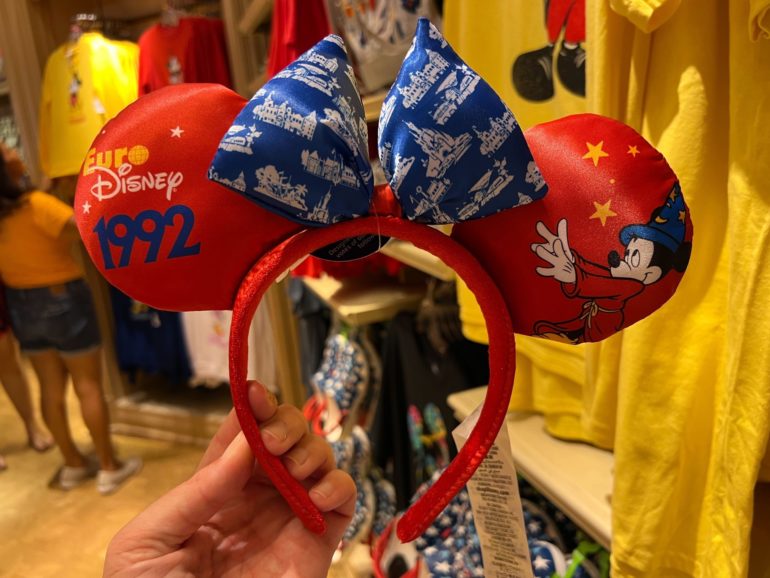 If you’re a big fan of retro-themed Disney merchandise and can’t make it out to Walt Disney World for the Vault Collection, you can pop into the Emporium at Disneyland now to pick up these new “Euro Disney 1992” ears we found!

The ears are red with a blue bow.

The left ear reads “Euro Disney 1992”, commemorating the year that the park now known as Disneyland Paris opened. The “O” in Euro is a globe. There are also a few stars scattered on the ear as well.

The blue bow in the center of the headband features iconic Disneyland Paris locations, such as Le Château de la Belle au Bois Dormant and Discoveryland.

The right ear features Sorcerer Mickey, a fan favorite. There are also yellow stars above him.

The back of the ears are plain red. The bow is also plain, the details from the front do not wrap around to the back.

These ears were designed based off of a community Instagram vote. The other tag shows that these ears are for Disneyland Paris’ 30th anniversary.

We’ve seen several other Disneyland Paris 30th items make their way stateside, although virtually all at EPCOT rather than in California. Will you add these ears to your collection? Let us know in the comments below!