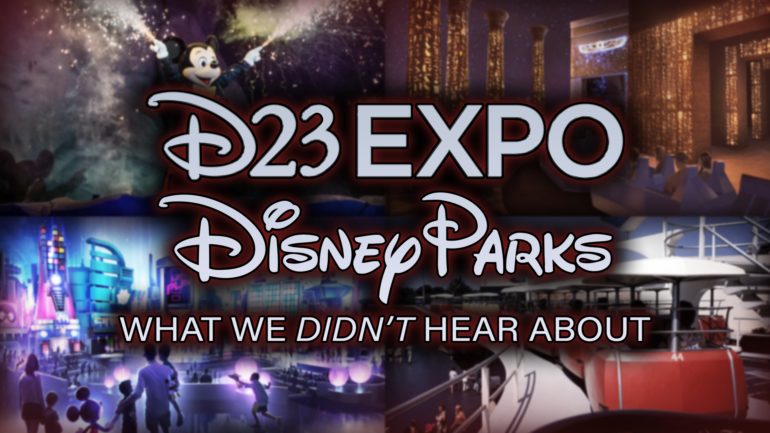 Everything We Didn’t Hear About During the Disney Parks, Experiences, & Products Panel at D23 Expo 2022

While there were plenty of announcements out of the Disney Parks presentation at D23 Expo 2022, there’s also a number of projects rumored or previously announced that we heard nothing about, so let’s go over everything we didn’t hear about during the Parks Panel this year: