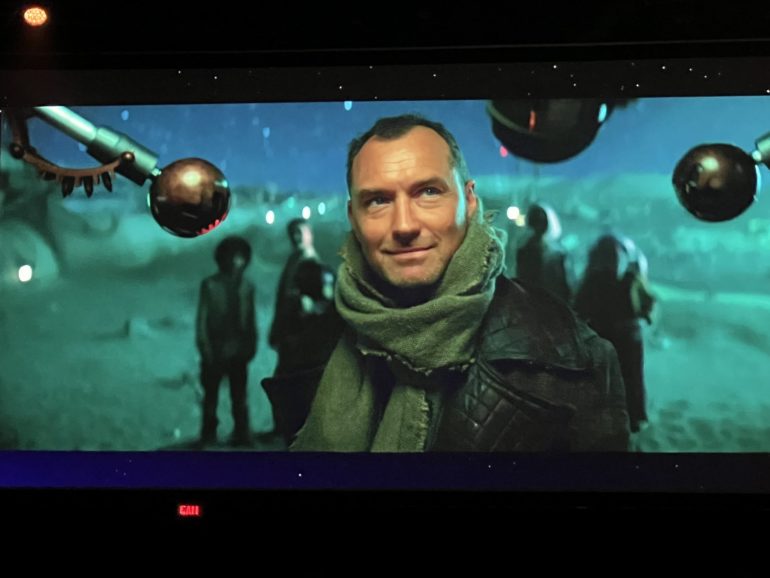 “Skeleton Crew” will be set in the New Republic era. It is directed by Jon Watts and filming just wrapped yesterday. It’s said to be an Amblin-like coming-of-age adventure about kids, but not just for kids. Other characters, possibly the main kids, are visible behind Jude Law in the released image, but Law is still the only cast member who has been announced.

Jon Watts, Christopher Ford, Jon Favreau, and Dave Filoni will all executive produce. It will stream on Disney+ next year.