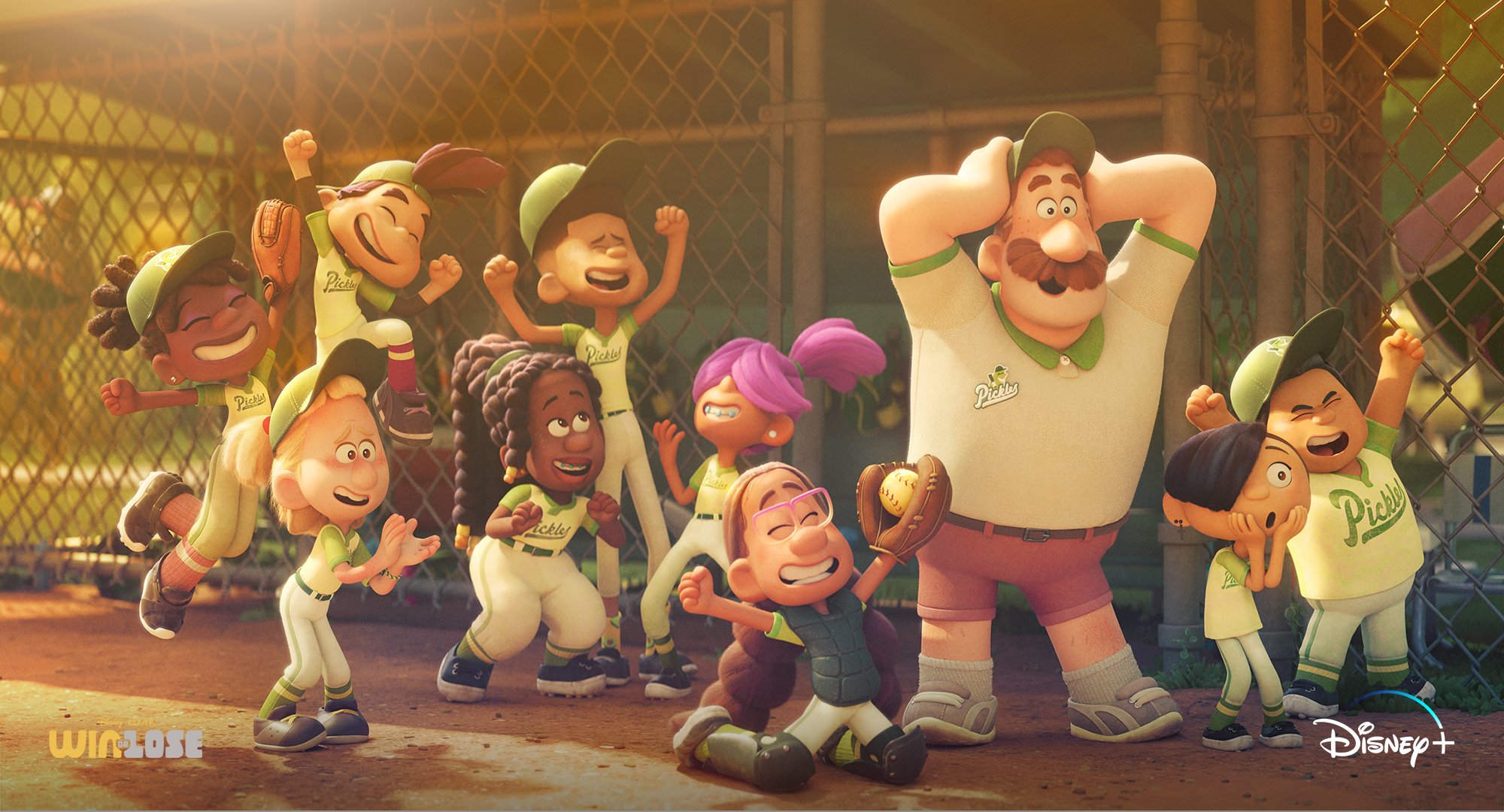 A first look at Pixar’s newest original series debuted today during the “Studio Showcase Day 1: Celebrate the Magic of Disney and Pixar” panel at the D23 Expo in Anaheim, CA. “Win or Lose” is set to debut on Disney+ in 2023.

The series will follow a softball team headed by Coach Dan, voiced by Will Forte. According to Deadline, the story “follows a coed middle school softball team in the week leading up to their championship game.”

Thanks to DLP Report, we have a few more images from inside the panel.

First Look at Disney Animation and Kugali’s ‘Iwájú,’ a New Partnership with Outside Studio