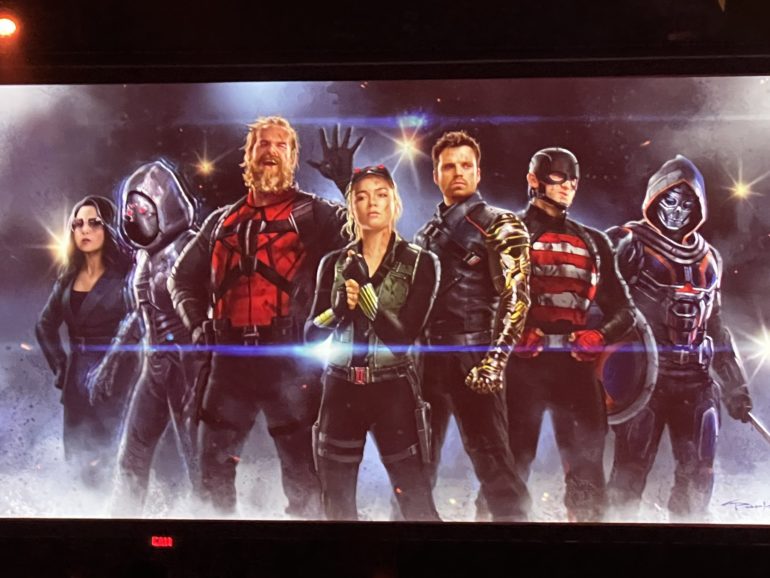 The main cast of Marvel’s upcoming “Thunderbolts” film has been announced. It’s said to be Marvel’s answer to “Suicide Squad,” featuring a team of villains and not-quite-heroes, inspired by a similar team from Marvel Comics.

A concept rendering of the characters in costume, with Pugh’s Yelena front and center, was shown at D23 Expo. The artwork also features Taskmaster. It was rumored Baron Zemo would appear, but he is not included in the announced team.

Dreyfus made her debut as Valentina Allegra de Fontaine in “The Falcon and the Winter Soldier” and appeared in a post-credits “Black Widow” scene. In the comics, she’s also known as Madame Hydra. Wyatt Russell also appeared in “The Falcon and the Winter Soldier.” Harbour portrayed Red Guardian in “Black Widow” while John-Kamen portrayed Ghost in “Ant-Man and the Wasp.” Taskmaster, a.k.a. Antonia Dreykov in the MCU, was portrayed by Olga Kurylenko in “Black Widow,” but Kurylenko was not confirmed for “Thunderbolts.”

“Thunderbolts” will conclude the MCU’s Phase 5 on July 26, 2024. It begins production next year.