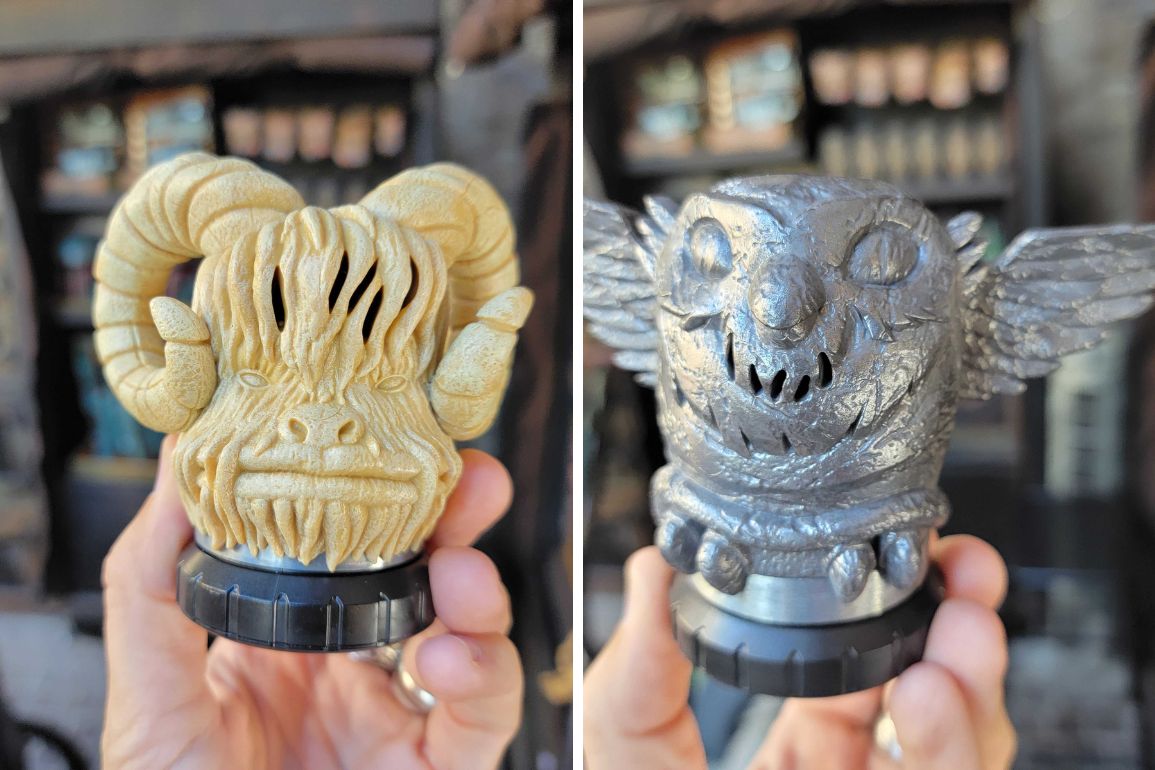 The force will be with you with these two unique lightsaber pommels (a.k.a hilt caps). We found these new designs at the Creature Market in Galaxy’s Edge in Disneyland. Whether you use it on your own personal lightsaber or simply as a stand-alone ornament, these hilt caps are a must-have for every Star Wars fan.

Is the Bantha your dream pet? Would you like to go for a ride on one? If so, this one is for you!

Banthas are fictional creatures in the Star Wars franchise. First seen in “Star Wars” in 1977, they are large, quadrupedal mammals with long, thick fur. These majestic beasts were used as beasts of burden by Tusken Raiders on the planet Tatooine.

This beautiful figure, which is one of the first characters introduced into the Star Wars franchise, has an ivory-colored base with a tan sandstone overlay. On the back is written Bantha in Aurebesh. It screws into the end of the lightsaber hilt.

The Convor, or Trandoshan bird, is native to the moon Wasskah, though they could also be found in other places throughout the galaxy.

They first appeared in “Star Wars: The Clone Wars” and “Star Wars Rebels.”  The figure is silver and has a hammered metal appearance.

As with the Bantha, Convor is written in Aurebesh on the back.

You can also find hilt caps that look like a wampa, porg, rancor, and loth-cat.

Have you purchased a special hilt cap for your lightsaber? Will you be getting one of these? Let us know in the comments below.