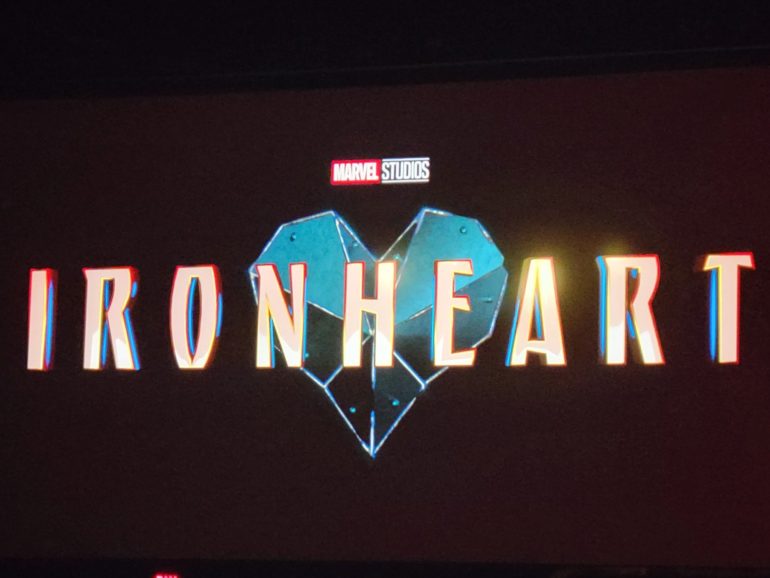 A new logo for the series, featuring a literal metal heart, was unveiled. It was also announced that Anthony Ramos (“Hamilton”) will portray The Hood, who Ramos describes as a little bit good and bad. The series is still in production but some footage was shown. It will feature technology vs. magic.

“Ironheart” stars Dominique Thorne as Riri Williams, a.k.a. Ironheart. She will first debut in “Black Panther: Wakanda Forever.” Alden Ehrenreich (“Solo”) will have an unknown role in the show. The series is created by Chinaka Hodge and will premiere on Disney+ in late 2023.