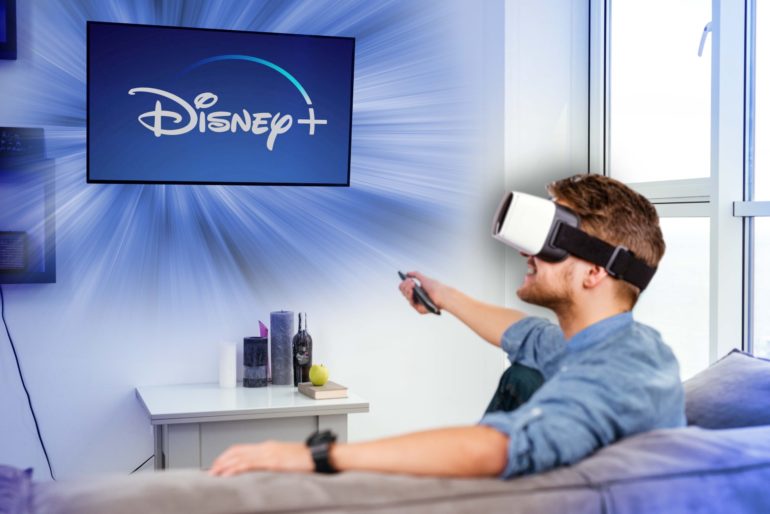 It’s no secret that The Walt Disney Company has been looking into a metaverse of their own. Earlier this year, they hired Mark Bozon (formerly of Apple Gaming) as the Vice President and Mark White as Senior Vice President for the new Next Generation Storytelling division with the explicit intention to turn “their metaverse strategy into executable plans.” In a recent interview with Deadline, CEO Bob Chapek dug a little deeper into those plans.

Next-gen storytelling, Chapek says, is what Disney is calling their metaverse (in an intentional avoidance of the term). He wants to turn Disney+ into an “experiential lifestyle platform” to bring the physical and digital together. One idea involves bringing the theme parks to your living room.

“In order to reach the 90% of people that will never ever be able to get to a Disney park, we have before us an opportunity to turn what was a movie-service platform to an experiential platform and give them the ability to ride Haunted Mansion from a virtual standpoint,” Chapek said.

The concept goes beyond riding the rides from your sofa. Though the projects are in “embryonic stages,” Chapek also floated the idea of exploring the rides deeper than the average guest with experiences that allow you to digitally step into the environment and see 360° views of audio-animatronics or examine the Pepper’s Ghost effect in the Haunted Mansion ballroom.

The idea of combining theme parks with media experiences was brought up last year by Parks, Products and Experiences Chairman Josh D’Amaro, but in the reverse situation: adding layers to the theme park experience. “It provides us with unending opportunities at these theme parks. It can bring Main Street alive in ways that you’ve never seen it before, never thought about it before. You can have the whole theme park participate in a game that culminates in a celebration at the hub at the top of Main Street,” D’Amaro said.

Chapek also mentioned the membership program we recently reported on, rumored to be something akin to Amazon Prime. “When a family comes to our parks, we know exactly what you did. Let’s say you stay a week. We got seven days, 24 hours a day. We know everything that you do in the park,” he said, “And if you give us the permission and ability through the membership app, we’ll program your Disney+ experience, not according to what you watched last or what other people who watch this show, but to what you did, what you experienced.”

D23 Expo brought this and other “blue sky” developmental-stage projects to the forefront of Disney Parks discussions. What do you think of these next-gen storytelling concepts? Let us know in the comments below.