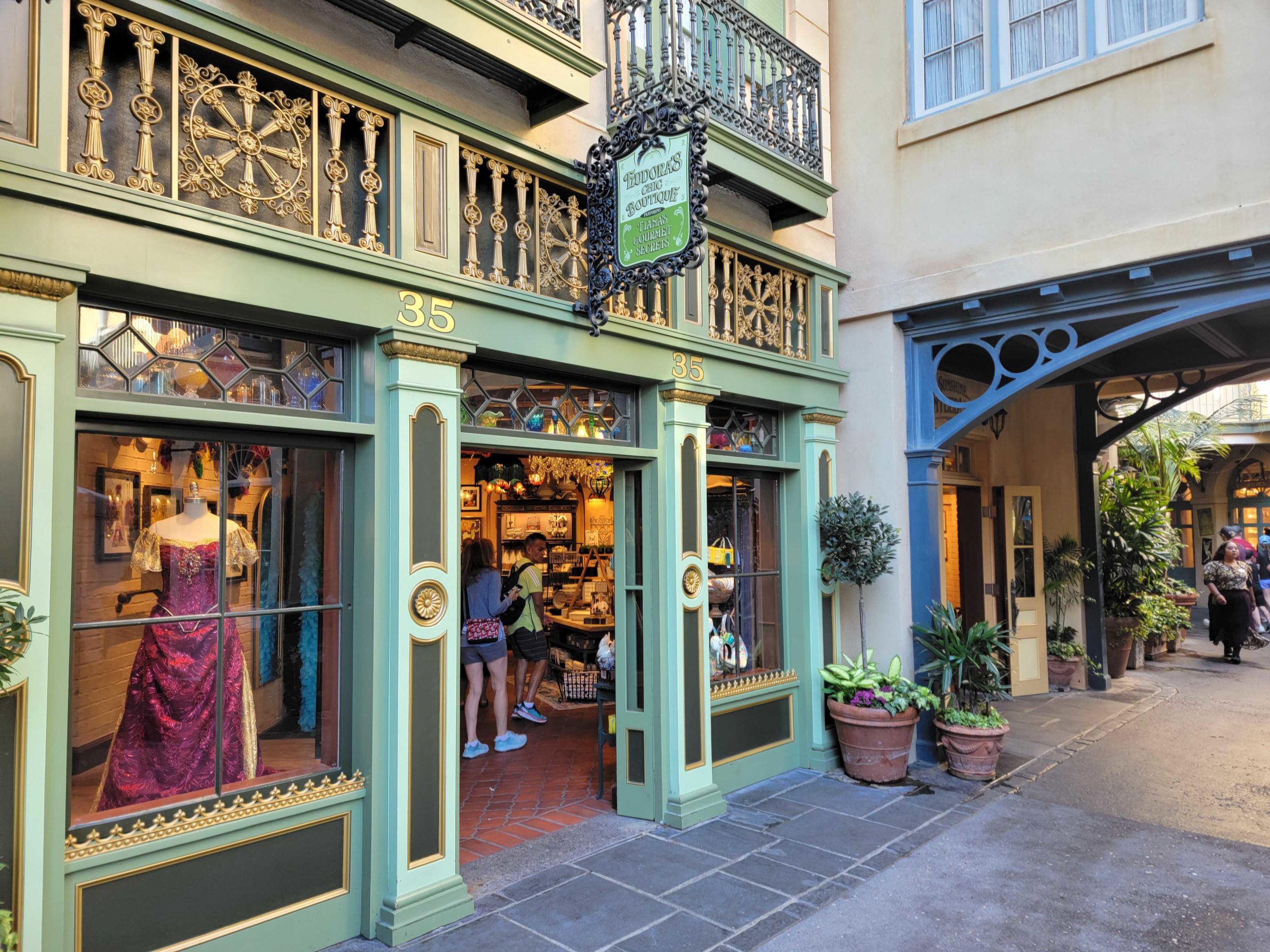 Today, Eudora’s Chic Boutique featuring Tiana’s Gourmet Secrets had its grand opening in New Orleans Square at Disneyland. The shop was announced at D23 Expo as a companion to the upcoming “Princess and the Frog” transformation of Splash Mountain into Tiana’s Bayou Adventure.

Next to Club 33 and occupying the former Le Bat en Rouge, the all-new retail store is a collaboration between Tiana and her talented dressmaker mother, Eudora. The shop features clothing, accessories, cooking supplies, and more.

To the left when you enter is Eudora’s Sewing Room, where several in-progress dresses are on dress forms, and ensemble sketches are on display with fabric samples.

Jars of beads sit on the sill above the door, perfect for the intricate gowns Eudora designs.

The knocker on Eudora’s door features a frog.

There are many festive Mardi Gras masks.

Another shows a suit seemingly styled for a certain Prince.

Another area has copper cookware hanging from the ceiling as if in Tiana’s kitchen.

The portraits are all drawn by Eudora throughout Tiana’s life.

These drawings show Tiana in her early childhood.

Amidst the cans of coffee is Tiana’s restaurant fund.

The Princess herself stopped by the grand opening and she was so excited to see her mom’s shop.

Stay tuned to see all the new merchandise inside.

Take a full tour of the new Eudora’s Chic Boutique Featuring Tiana’s Gourmet Secrets in our video below.