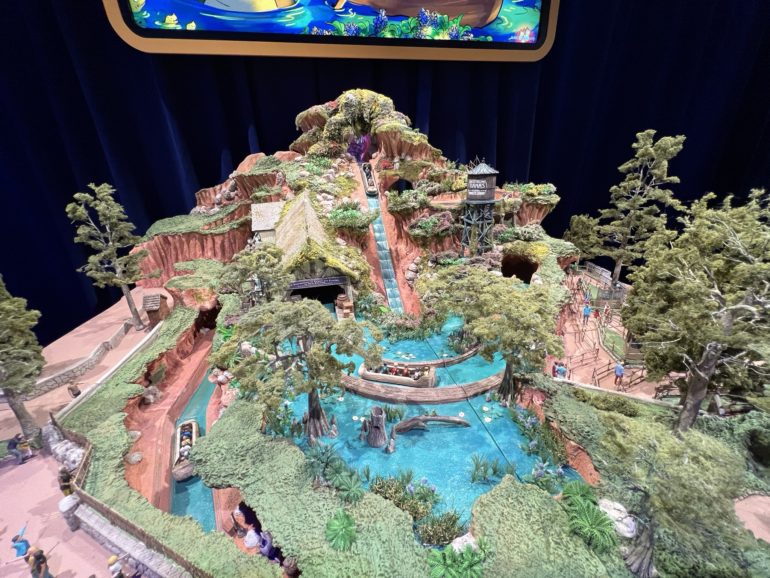 A model of Tiana’s Bayou Adventure is on display at D23 Expo 2022. The new attraction will replace Splash Mountain at both Disneyland and Magic Kingdom.

The model is specifically for the Disneyland version of the attraction, which has different log flumes than the Walt Disney World version. We can assume most of the theming will be the same though.

According to the model, the iconic tree will be removed from atop the ride. Not only that, the boat stuck in the tree that was in the original concept art for Tiana’s attraction is also gone, because it doesn’t fit the new backstory. There are also no thorns, of course, and some extra landscaping makes it look “more” like a Louisiana bayou.

A water tower advertising Tiana’s Foods will be erected. Tiana now owns more than just her restaurant, but an entire line of food grown in an old salt mine. The metal design atop the tower resembles Tiana’s lily pad crown.

Concept art of an audio-animatronic otter playing a violin was also on display.

An animated concept rendering shows the ride lit up at night.