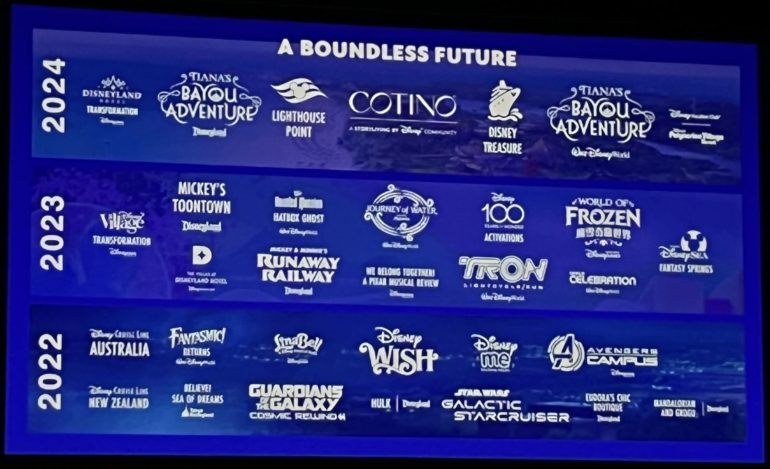 During today’s Disney Parks, Experiences & Products presentation, Josh D’Amaro showed a timeline of many of the department’s upcoming projects.

Most of these timeframes were previously announced, but include recent additions such as Tiana’s Bayou Adventure, “Fantasmic!” at Disney’s Hollywood Studios, TRON Lightcycle / Run, and the Disney Treasure.

Oddly, the graphic shows Disney Cruise Line Australia and New Zealand for 2022, but those destinations were just announced today for sailings beginning in October 2023.