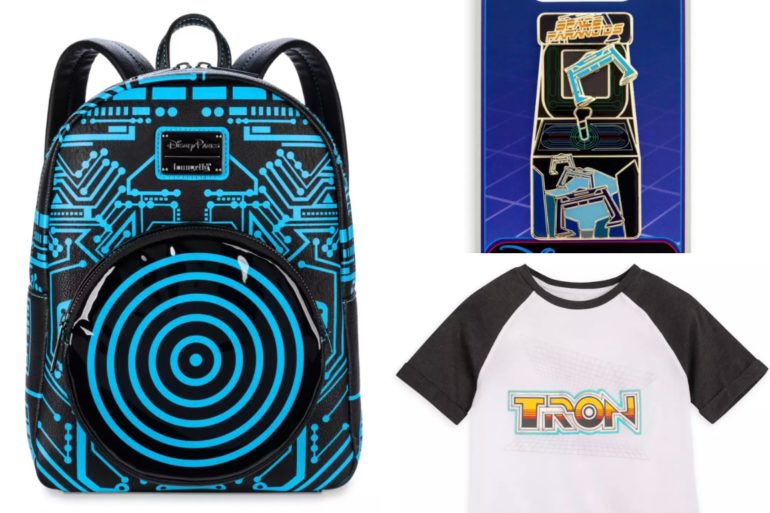 With the timeframe being announced for TRON Lightcycle / Run at D23 Expo 2022 in conjunction with the original film’s 40th anniversary, new TRON merchandise has been released on shopDisney.

This fitted raglan t-shirt features the TRON logo in the center, which glows in the dark.

The back of the t-shirt features the TRON logo again, with the Lightcycle writing out the number 40 for the anniversary.

Originally a D23 Expo item, this jacket features the TRON 40th anniversary logo with the retro TRON logo on the back.

This pin features the game Space Paranoids found in Flynn’s arcade (and created by Kevin Flynn) from the original TRON 1982 film.

The bag’s centerpiece zipper pocket will light up, and features a battery box to turn it on and off.

The inside lining of the bag features the 40th logo as well.