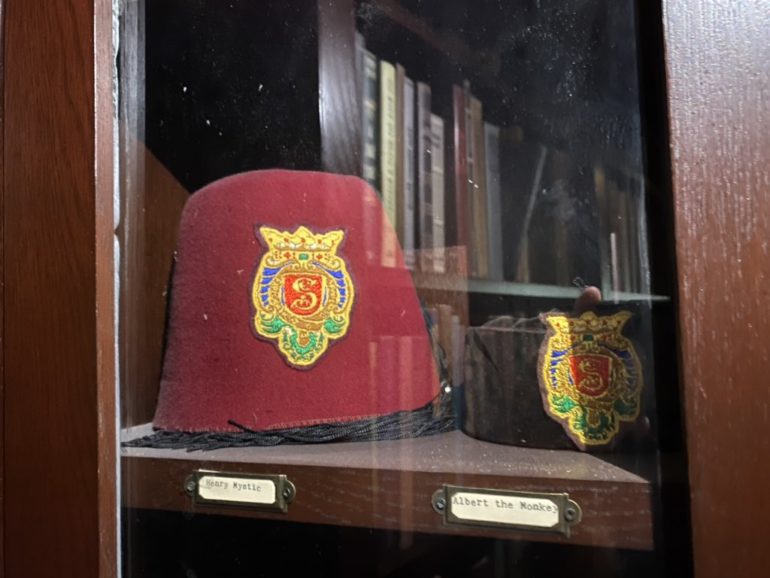 Disney is developing a “Society of Explorers and Adventurers” film based on the society of the same name featured in Disney Parks around the world, most prominently Tokyo DisneySea.

According to Deadline, “Strange World” filmmaker Qui Nguyen has been chosen to write the film. Ryan Reynolds’s Maximum Effort company will produce.

Disney is hoping “Society of Explorers and Adventurers” would launch a new franchise. It’s billed as “an adventure tying together the lore behind several of Disney’s most famous theme park attractions, with a modern twist.” It will be a “new take on the SEA mythology” pursuing “alternative angles in present day by adding a new supernatural element to the history and following new characters not present in the original lore.”

This film would be separate from the previously announced Disney+ S.E.A. show. That series will reportedly be set in the “Magic Kingdom Universe,” where Disney Parks lands and characters exist in their own reality.

S.E.A. originated in Tokyo DisneySea with the Fortress Explorations attraction. It was inspired by The Adventurers Club, which was part of Pleasure Island at Downtown Disney in Walt Disney World. Possibly the most famous attraction connected to S.E.A. is Mystic Manor in Hong Kong Disneyland. Elements of S.E.A. have started popping up in American Disney Parks, particularly at the refurbished Jungle Cruise. It’s rumored that Tokyo Disneyland’s updated Space Mountain and Disneyland’s replacement of Tarzan’s Treehouse could be S.E.A.-themed.