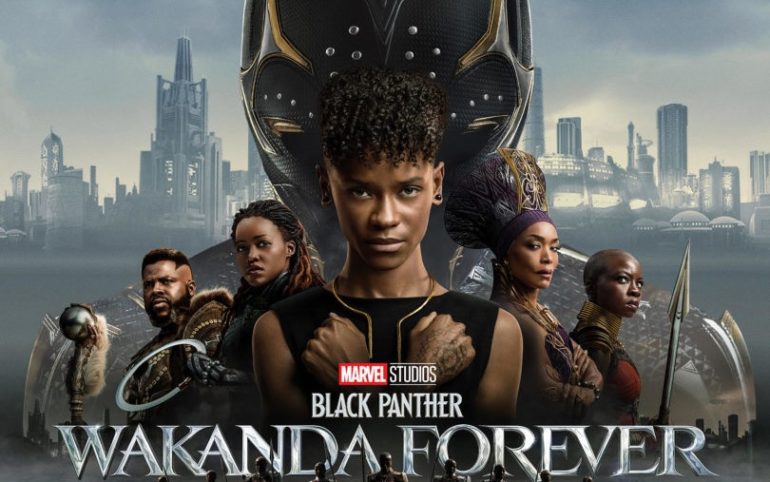 To whet the appetites of Marvel fans, Disney has released another trailer from “Black Panther: Wakanda Forever.” In advance of its theatrical release on November 11, this preview reveals the new Black Panther, Namor, and Ironheart Armor.

In this trailer, we get a look at the new Black Panther; however, it is unconfirmed who it is (though all signs point to Shuri). Some have speculated that it could be Nakia or someone else entirely.

The trailer opens up with the village mourning the loss of T’Challa (who was played by Chadwick Boseman before he died in 2020 from colon cancer) as Shuri (Letitia Wright), who is carrying his mask) alongside Queen Ramonda (Angela Bassett) march in a funeral procession.

In the clip, Marvel also gives fans a better look as Namor (newcomer Tenoch Huerta) flies out from the ocean. Shuri believes that Namor is looking to take over. Before the trailer ends, we see Riri Williams (newcomer Dominique Thorne) in her Ironheart armor shouting, “Let’s go!”

Then, just before the trailer ends, Queen Ramonda says, “Show them who we are,” as it cuts to a circular hatch opening up and the new Black Panther drops down to the ground.

Ryan Coogler, who directed the first movie, returns to direct the sequel. As with “Black Panther,” Coogler has also co-written “Black Panther: Wakanda Forever” along with Joe Robert Cole, who also wrote the first film.

Watch the new trailer below.

Are you excited to see “Black Panther: Wakanda Forever?” Will you be there on opening day? Let us know in the comments below.