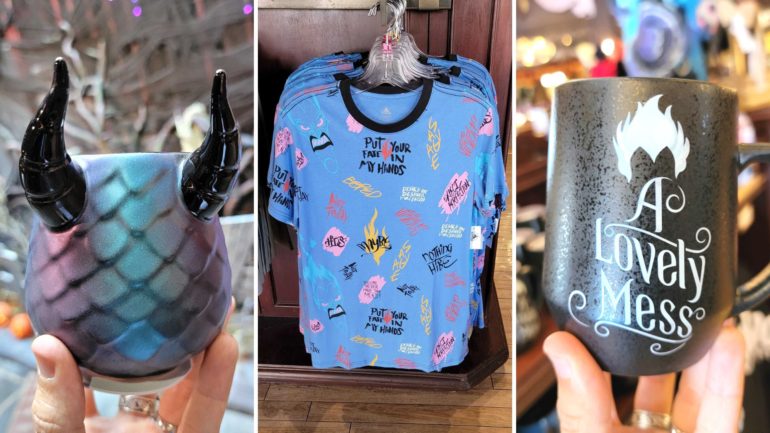 This stoneware mug is black and reads “A Lovely Mess” under an image of Ursula’s hair.

The interior is light purple.

The other side has a silhouette of Ursula’s full body, with her seashell necklace in white on her chest.

This shirt is blue with a black neckline.

It’s covered in words related to Hades, as well as the image of his face.

It reads “Put your fate in my hands,” “Desire or despair you decide,” “Expect perfection,” and more.

This was in Castle Bros.

This vase is silvery gray with tentacles sculpted on the outside.

Barnacles are along the edge of the vase opening.

“Poor Unfortunate Souls” is printed on one black tentacle.

The Maleficent candle comes in a holder resembling blue-green and purple scales.

Black horns stick out of one side.

The candle has a bergamot dusk scent.

The candle and vase were in Port Royal Curios and Curiosities.