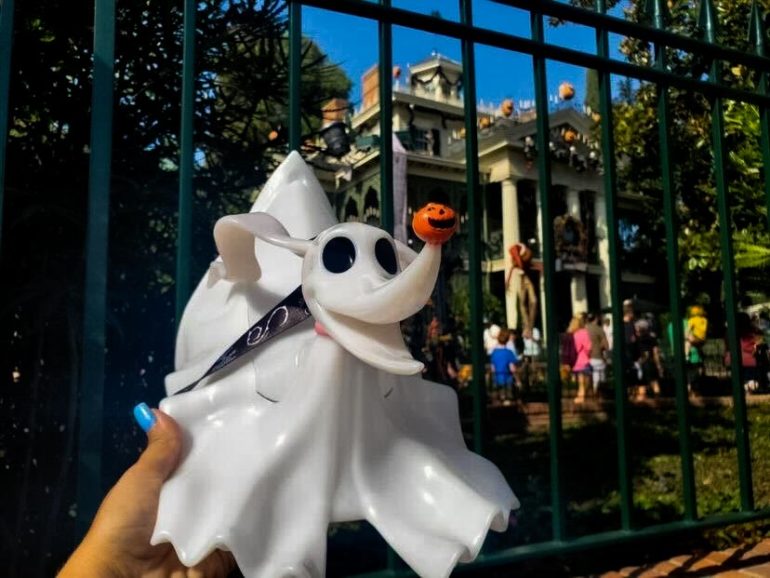 As we reported earlier today, the Disney Parks Tik Tok shared the release of the new light-up Zero souvenir popcorn bucket. This new bucket has shown up at the ice cream carts throughout Disneyland Park and at select popcorn carts throughout the resort.

This creepy canine has a large bottom base, making him stable to display. He is made from a translucent white plastic.

His ghoulishly delightful grin is topped off with a jack-o-lantern placed upon his nose.

Zero has an opening for popcorn at the upper back of his body, near the tail.

The opening is wide and spacious. We imagine it would be easy to share out of this container.

Zero’s ears are molded to appear as if they are waving through the wind.

The back of the bucket is flat, and his back slopes up to give him a ghostly appearance.

The strap features the logo for “Tim Burton’s Nightmare Before Christmas” on a black background.

We have no word yet on when this will appear at Walt Disney World Resort. This light-up popcorn bucket is the perfect addition for collectors and fans of “The Nightmare Before Christmas.” We found this alongside the Donald Duck Candy Corn Sipper. Will you be picking up any of these Halloween treats? Let us know in the comments below!