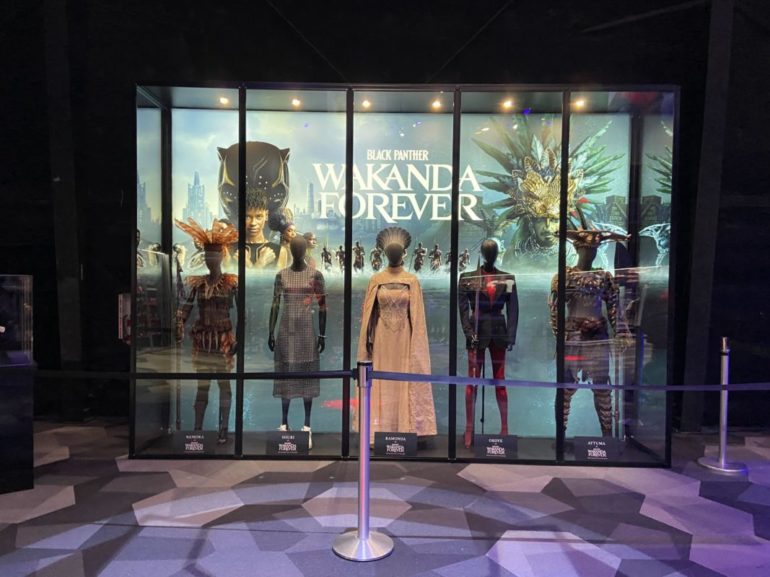 “Black Panther: Wakanda Forever” recently released and became the highest-grossing November film release on record. Fans of the film who are guests at Disney California Adventure can now stop and see some of the costumes actually used on-screen in the movie!

Costumes from “Black Panther: Wakanda Forever” are kept in a glass case behind stanchions.

Costumes for Namora, Shuri, Ramonda, Okoye, and Attuma are all on display.

This display can be viewed by guests at Super Store featuring Avengers Campus in Disney California Adventure.

Guests can also see the heart cutout Riri’s seen working on in the trailer, and in Shuri’s lab in the film while constructing the Mark II armor. The scene and prop were a parallel to a similar shot of Tony Stark making his Iron Man armor.

She’s building the suit for the impending battle with Namor and the people of Talokan as her Mark I armor was damaged.

Have you seen “Black Panther: Wakanda Forever” yet? If so, let us know your review in the comments below.