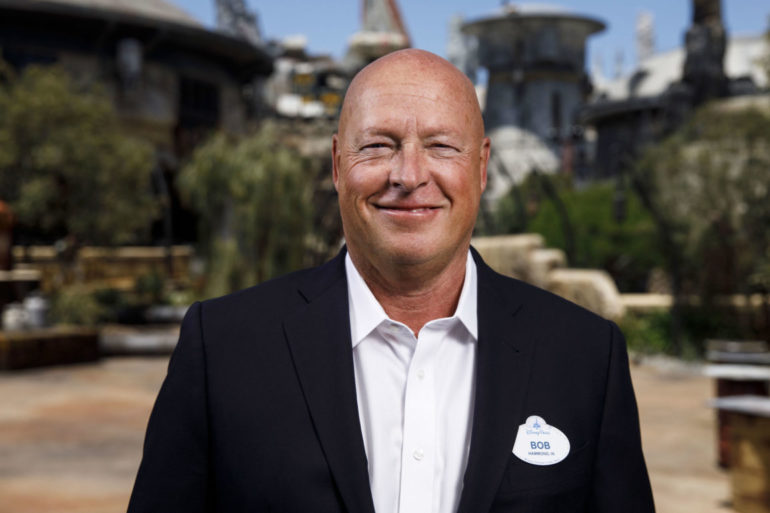 Given the fact that now former Disney CEO Bob Chapek signed a new three-year contract, it comes as no surprise that he could be in line for a multi-million dollar payout. Bloomberg is reporting that with exit payments and benefits, Chapek could be worth more than $23 million. If he holds on to his Disney stock and if the price rebounds, he could be in store for a whole lot more than that.

Although Disney hasn’t disclosed the financial terms negotiated with Chapek, Bloomberg is calculating these dollar amounts based on disclosures from regulatory filings.

Here is what Chapek is believed to be walking away with:

“He also holds stock awards he received in prior years that haven’t yet been vested,” continues Bloomberg. “Some of them will likely continue to vest even though he’s no longer at Disney. How much they’ll be worth — and how many securities he’ll receive — will depend on the shares’ trajectory after they plunged 41% this year. If they pick back up, both the stock and the options will swell in value.”

It is also reported that Chapek has a “so-called non-qualified deferred compensation plan, which is akin to a super-sized 401(k) that many large companies set up for high-earning employees.” According to Bloomberg, Chapek had about $8.5 million in his plan, however, that number has more than likely changed based on current market activities.

As was stated earlier, all of this is speculation simply because no one knows what kind of deal the board struck with Chapek. They could have sweetened the deal to quicken his exit. However, if they felt that he broke company policy or failed to meet any aspect of his employment agreement, they could refuse to pay all or part of the agreement.

Check out our continuing coverage of the ousting of Disney CEO Bob Chapek: