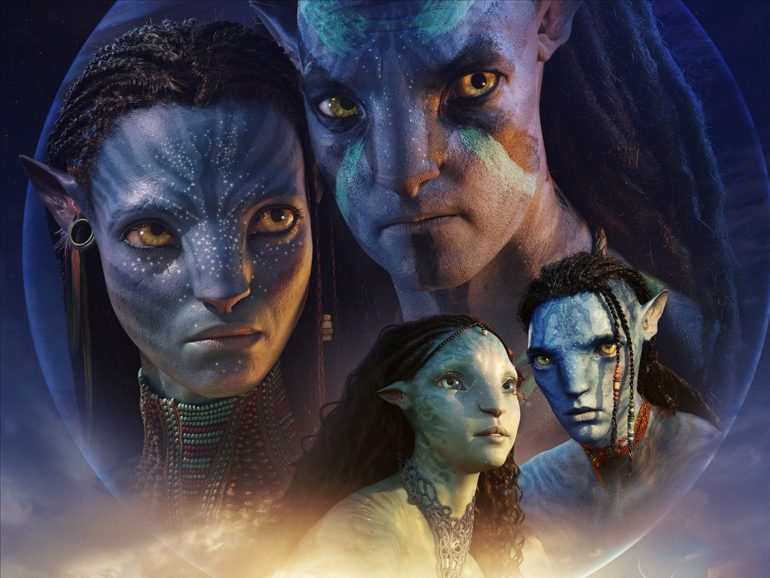 New Trailer and Poster Released for ‘Avatar: The Way of Water’

A new trailer has been released for the upcoming “Avatar: The Way of Water.”

The film is a sequel to the blockbuster 2009 film, set on the world of Pandora. This new trailer shows us more of Jake Sully and Neytiri’s family, and the connection they share with the planet, particularly focused on the water. But danger awaits, and war seems inevitable.

20th Century Studios has also released an official description of the film:

Set more than a decade after the events of the first film, “Avatar: The Way of Water” begins to tell the story of the Sully family (Jake, Neytiri, and their kids), the trouble that follows them, the lengths they go to keep each other safe, the battles they fight to stay alive, and the tragedies they endure.

A new poster is also now out, showing the Sully family above a Pandoran seascape.

The teaser trailer went viral upon its release, garnering 148.6 million views in its first 24 hours. Another sneak peek of the film was shown at this year’s D23 Expo.

Earlier this year, we learned that Sigourney Weaver will return to the franchise in the role of Kiri, Jake and Neytiri’s daughter. Weaver played Dr. Grace Augustine in the first film. Stephen Lang, who portrayed villain Colonel Miles Quaritch in “Avatar,” is also expected to return in an unknown role.

To promote the new film, “Avatar” was re-released to theaters and temporarily removed from Disney+, though it’s expected that it will return to the streaming service before “The Way of Water” comes out.

“Avatar: The Way of Water” lands in theaters on December 16.