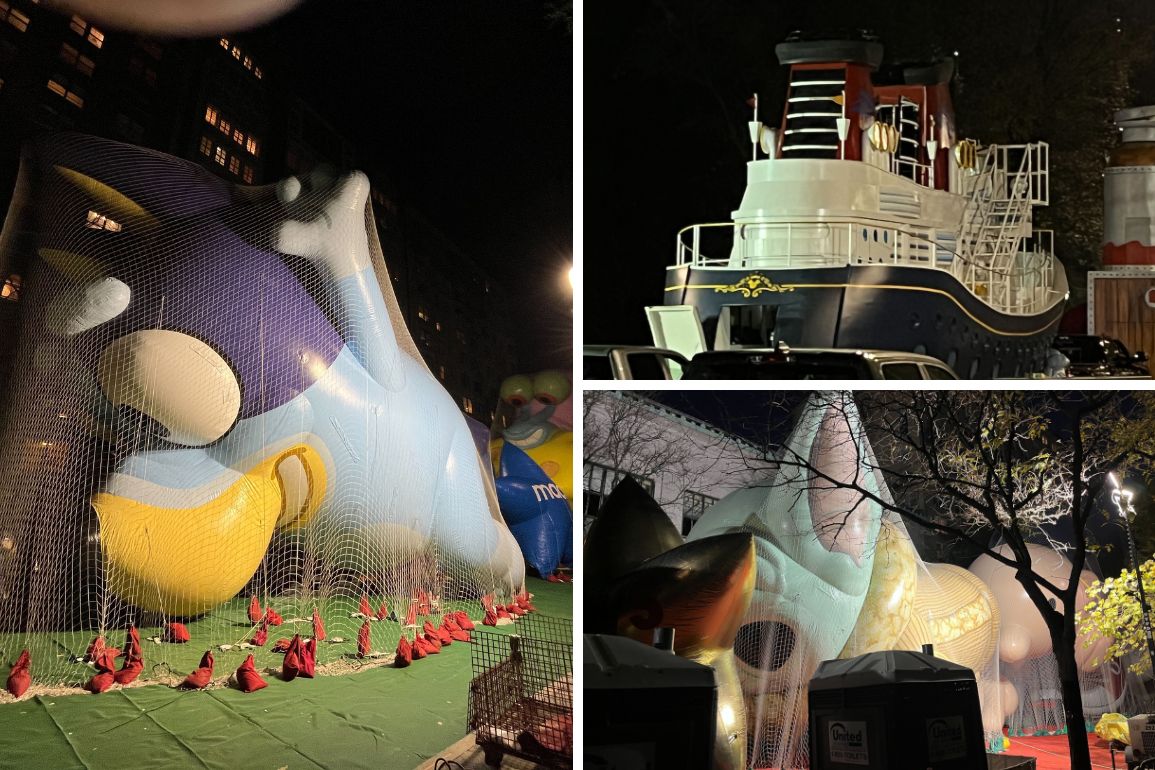 As millions prepare to watch the 2022 Macy’s Thanksgiving Day Parade tomorrow, three new and returning Disney features have been spotted along the streets of New York City that are sure to be a hit with fans.

Bluey, the animated character of the hit BBC series by the same name, makes her Macy’s Thanksgiving Day Parade debut tomorrow as a new giant character balloon. As first reported by WDWNT in October, the Bluey balloon was created by Macy’s Parade Studio and stands tall, measuring 51 feet long, 37 feet wide, and 52 feet tall. Approximately 50 gallons of blue paint were used to hand-paint Bluey into her larger-than-life form.

While Bluey makes her debut, a Funko-inspired balloon featuring The Mandalorian’s Grogu will be back for its second year. As the first Star Wars character to ever appear at the Macy’s Thanksgiving Day Parade, this “Baby Yoda” float highlights many of the features Lucasfilms fans love, making it an overwhelming favorite among parade viewers of all ages.

The Grogu balloon will step off the streets of New York City once again this Thanksgiving, standing at 41 feet tall, 29 feet long, and 37 feet wide. The balloon was inspired by Funko’s unique POP! style and was designed by Funko art director Reis O’Brien.

Grogu isn’t the only fan-favorite returning for the 2022 Macy’s Thanksgiving Day Parade. The Disney Wish will sail along the streets of Manhattan for its second year. This year’s live parade performance will be inspired by one of the new Broadway-style shows on board the Disney Wish, “Disney Seas the Adventure.” A long list of popular Disney characters are also expected to make an appearance aboard the Disney Wish float.

The 2022 Macy’s Thanksgiving Day Parade will air nationwide on Thursday, November 24, 2023, from 9 a.m. through noon on NBC and Peacock. Millions are expected to once again tune in, as the Bluey balloon makes its debut and the Grogu balloon and Disney Wish floats make their return. Which do you expect to be your family’s favorite?