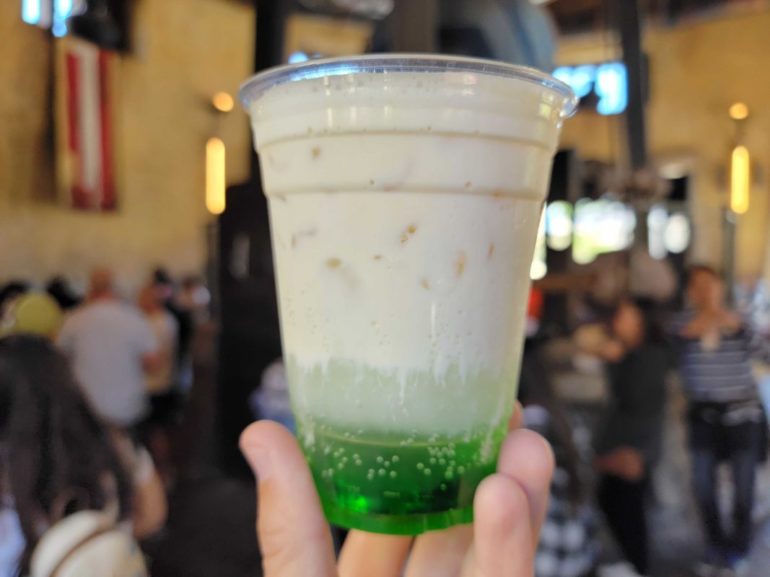 The drink is named after Destra, one of the two moons of Batuu (the other being Valara).

This is unenjoyable. The cream cheese tang really is not spectacular, and it doesn’t really add anything to the flavor of the Sprite. Especially before it’s mixed. Mixing it up and incorporating the green apple syrup into the Sprite and cream helps to cut some of the cream cheese tang, but then it brings an artificial apple flavor that likewise is not spectacular. It’s better than it was unmixed, but like most of the other drinks on the menu at Ronto Roasters, we don’t recommend it.

The glow orb is a standard spherical glow cube with nothing remarkable about it.