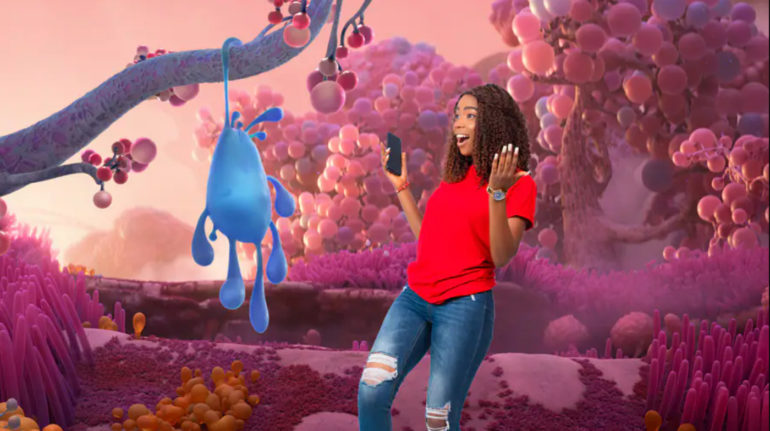 You can now learn to draw your soon-to-be favorite blue, mischievous character, Splat, and trusty three-legged dog, Legend, when you visit Disney California Adventure Park at the Disneyland Resort! Led by Disney animators, this class at Animation Academy will teach you how to draw either of these two unique characters from the all-new film “Strange World.” No reservations needed, just check the schedule to learn to draw “Strange World” and other characters at the Disney Animation Building where you can join in the fun when space is available.

Don’t miss learning how to draw these new characters from now until January 8!

Photo-Op in Tomorrowland at Disneyland Park

For a limited time in Tomorrowland at Disneyland Park, guests can discover a dimensional backdrop that gives them the opportunity to step into the mysterious, uncharted land of “Strange World” for a photo with the mischievous blob affectionately known as Splat.

Starting today through January 8, guests can take a photo with Splat. Walt Disney World guests will find this PhotoPass offering at the entrance to Tomorrowland in Magic Kingdom, as well as at Disney Springs.

This offering will also be available on select sailings with Disney Cruise Line today through January 2.