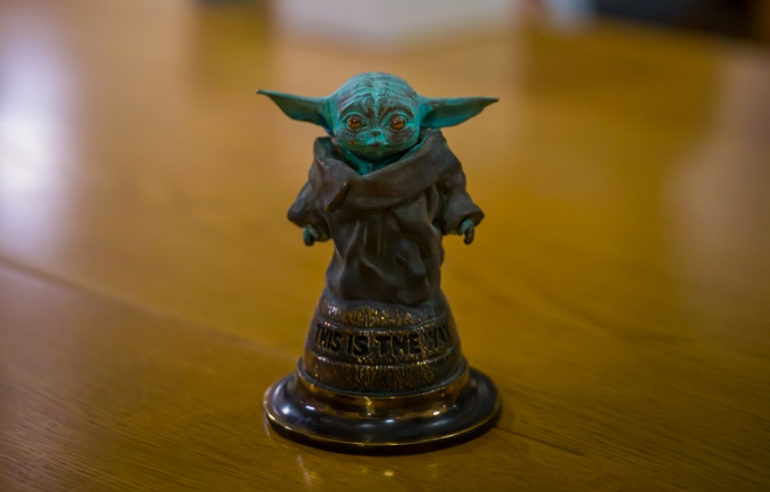 Earlier this week, Studio Ghibli shared a video of their logo and the Lucasfilm logo, implying the two studios would be collaborating on a project. Now Ghibli has shared another teaser on Twitter, this time of a Grogu figurine.

In the background of the image is Hayao Miyazaki, co-founder of Studio Ghibli.

“This is the way” is on the base of the Grogu figure. Also known as “Baby Yoda,” Grogu is the puppet star of “The Mandalorian.”

A Grogu short film is reportedly coming to Disney+ tomorrow, November 12, 2022. So it’s possible that the short was produced by Studio Ghibli.