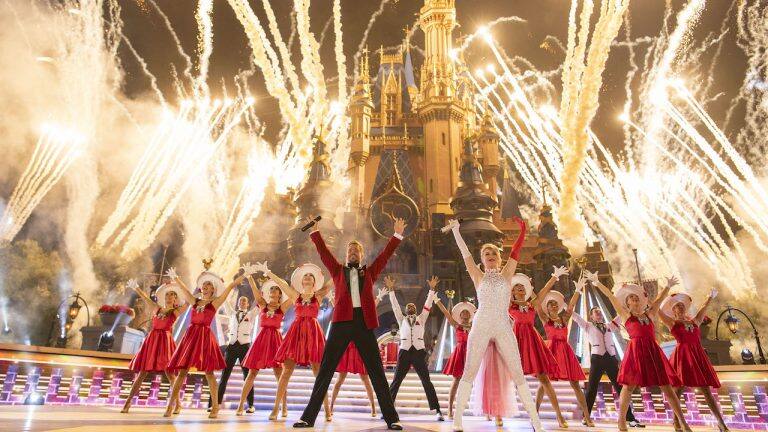 Disney has announced when “The Wonderful World of Disney: Magical Holiday Celebration” and the “Disney Parks Magical Christmas Day Parade” will air, as well as the lineup of entertainment and sneak peeks during the programs.

The specials, filmed from Walt Disney World Resort in Florida and Disneyland Resort in California, will feature musical performances of holiday classics and new hits, showcase family stories, and offer sneak peeks at what’s new around The Walt Disney Company. Plus, Freeform’s Trevor Jackson (“grown-ish”) will join for a musical performance aboard the newest Disney Cruise Line ship, the Disney Wish, and a sneak peek at “Avatar: The Way of Water.”

“The Wonderful World of Disney: Magical Holiday Celebration” will air on ABC on Sunday, November 27 at 8:00 p.m. ET. It will be hosted by Derek and Julianne Hough. It will be available for next-day streaming on Hulu and Disney+.

Musical performances for “The Wonderful World of Disney: Magical Holiday Celebration” include the following:

The parade will air on ABC on Sunday, December 25 at 10:00 a.m. ET. It will stream live on Hulu as well. It will be hosted by Derek and Julianne Hough, Sherry Cola (“Good Trouble”) and Marcus Scribner (“grown-ish”).

In addition to the parade, musical performances for “Disney Parks Magical Christmas Day Parade” include the following: