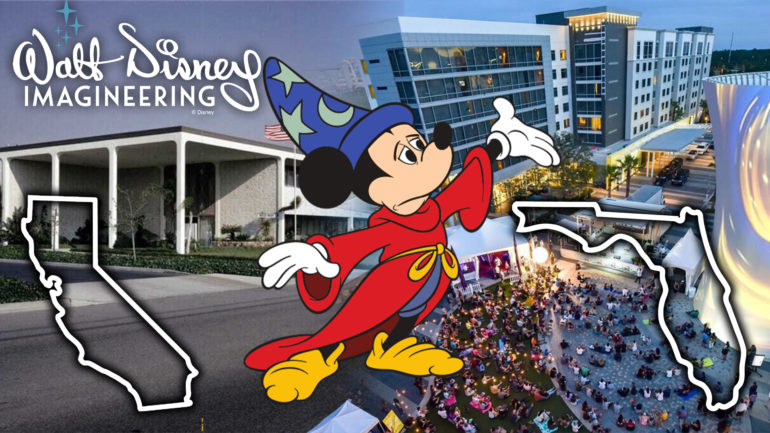 With Chapek Out, Will Walt Disney Imagineering Still Move to Lake Nona?

With the abrupt change of leadership at The Walt Disney Company, many people are asking a lot of questions about the future. But one major question hangs in the balance — with Chapek gone, will Imagineering still be moved from California to Lake Nona, Florida?

In January 2021, we reported that The Walt Disney Company was looking to relocate some divisions to Florida. Disney confirmed our reports that they were moving approximately 2,000 jobs from California to a Lake Nona campus not far from Orlando. The Lake Nona campus was to house Walt Disney Imagineers and more professionals in the Disney Parks, Experiences and Products division who are not fully dedicated to Disneyland. The 2,000 positions would represent less than 5% of Disney’s total jobs in California.

Some Imagineers would remain behind in California and continue to work out of the 1401 Flower Street building. Most, however, would be asked to make the move or plan to search for new employment. At that time, the department was still coping with the aftereffects of having 411 Imagineers laid off in late fall of 2020.

In September 2021, Disney purchased 60 acres of land in Lake Nona, with the intent to build the campus illustrated in the above concept art. The land cost $46 million. At that time, construction was expected to be completed in November 2022.

The project was expected to total over $864 million, with $624 million of the funds going to equipment and furniture for the new campus, which is estimated to be 300,000 to 400,000 square feet. They were also set to build an age-restricted community in Sunbridge to help alleviate local concerns about housing shortages.

By October, Imagineers were already working with local real estate agents to find housing in Lake Nona. Those expected to relocate had been given 90 days to make a decision. In December, automated HR emails began to go out to those who had not responded. The emails read, “Because no response was received by the 90-day deadline of December 08, 2021, we assume you have decided not to accept relocation to Florida. We know this was a difficult decision and encourage you to continue to have conversations with your leader on next steps.”

Plans were assumed to be on track as 2022 rolled in. Doubts began to pop up in March when Disney ended up in conflict with Florida Governor Ron DeSantis over the “Parental Rights in Education” (or “Don’t Say Gay”) bill. Chapek initially came under fire after it was discovered Disney donated to all sponsors of the “Don’t Say Gay” bill. The company released a lackluster statement and Chapek later emailed all Disney employees regarding the bill, but did not denounce it. Employees and Cast Members spoke out, and members of Disney Media Entertainment and Distribution released a statement before Chapek finally committed to opposing the bill during a shareholder meeting.

DeSantis retaliated in a number of ways and claimed he warned Disney that getting involved “wouldn’t end well for them.” The largest impact was the bill to dissolve Reedy Creek Improvement District, which allows Disney to operate Walt Disney World like its own small government. The dissolution is set to take place in June 2023.

In response to the conflict, California Governor Gavin Newsom said, “Disney, the door is open to bring those jobs back to California – the state that actually represents the values of your workers.” The issue also led Imagineers to make a concerted effort to reverse the forced relocation to Lake Nona, Florida. They demanded a number of actions to protect their LGBTQ+ employees, two of which are “stopping any efforts to move employees to Florida office locations, ensuring employee safety and employment retention” and “guaranteeing no employee will be terminated when denying relocation to FL.”

Ultimately, Disney announced in June 2022 that the Lake Nona move was being delayed until 2026. By this point, some employees had already sold their California homes or purchased new homes in Florida. This led to a number of people pulling out of sales agreements in Florida. One real estate broker had nine people cancel about $5 million in sales, “well over six figures in commissions.”

The future of the Lake Nona relocation is unclear. Given that Bob Iger has only been back for three days, he may not have made a decision yet. Though, given his habit of worrying about the company during Chapek’s regime, we imagine he has an opinion on the matter. Iger is definitely more of an “LA Guy” and would likely want to keep the creative hemisphere located on the west coast, but we don’t know anything for certain.

Given that no work has been done at the campus beyond prepping the land and moving a retention pond, it’s certainly not happening soon. Another of Iger’s main concerns has been the treatment of creatives, including Imagineering, who he reportedly fielded calls from during his retirement.

The combination of circumstances led to a systematic destruction of the department’s morale. With the move becoming apparent as a cost-cutting measure — a specialty of Chapek’s — Imagineers expressed feeling unvalued and warned newcomers to not trust the upper management.

Will Iger’s return be of some comfort? From the Imagineers we’ve spoken to since the announcement, there’s hope. 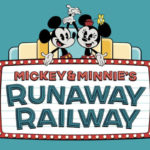