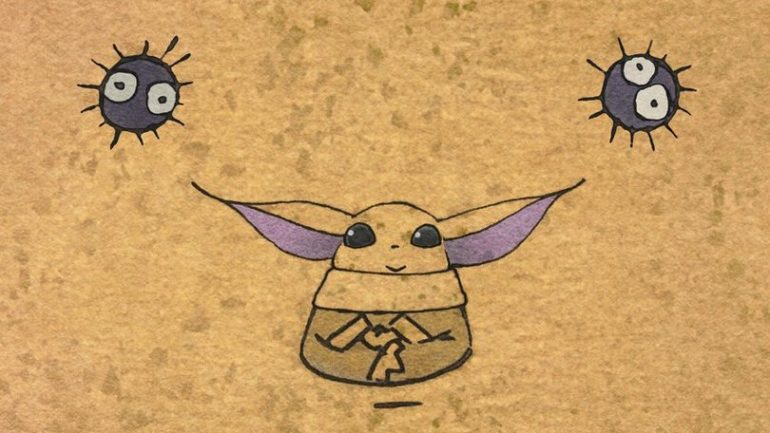 The new short featuring the breakout star from “The Mandalorian” and the dust bunnies from Studio Ghibli’s “My Neighbor Totoro” will debut tomorrow, November 12, exclusively on Disney+.

November 12 is the second anniversary of Disney+ and “The Mandalorian,” which debuted as launch-day content. The highly anticipated season three of “The Mandalorian” is due to premiere in February 2023.

Will you watch the new “Zen – Grogu and Dust Bunnies” short tomorrow? Let us know in the comments if you’re excited for more “Baby Yoda.”