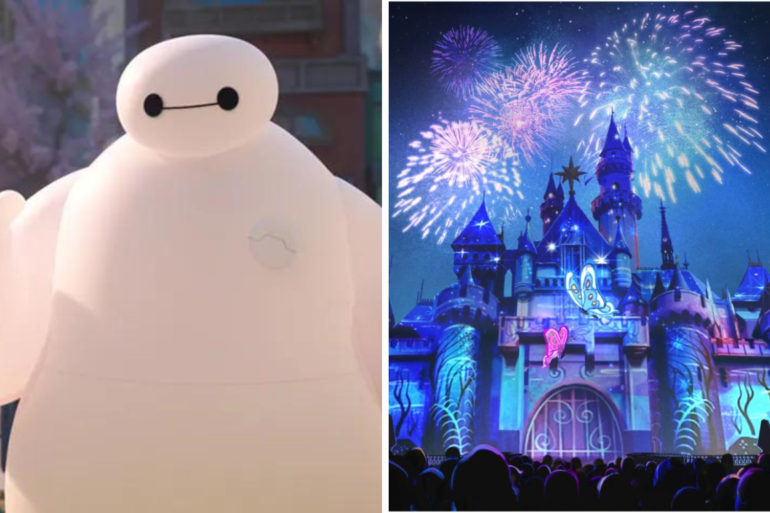 We recently reported that a giant Baymax would fly over Sleeping Beauty Castle in the new Wondrous Journeys nighttime spectacular at Disneyland, and Disney has now confirmed this.

In a release today detailing more of what guests can expect from the new show, Disney said, “And in a thrilling moment of heroism, Baymax soars high above Sleeping Beauty Castle inspiring us all to fight for our dreams.”

Wondrous Journeys is the new nighttime spectacular coming to Disneyland park for the 100th anniversary of The Walt Disney Company. It debuts on January 27 alongside World of Color — One at Disney California Adventure.

This all-new nighttime spectacular will celebrate 100 years of Walt Disney Animation Studios in “an experience that ignites the dreamer in all of us.” “Wondrous Journeys” will reportedly feature “nods to every film released by the studio over the past century,” with music, characters, and special moments from stories including “Encanto,” “Hercules,” “The Princess and the Frog,” “Peter Pan,” “Frozen,” “Treasure Planet,” “Big Hero 6,” “Moana,” and more.