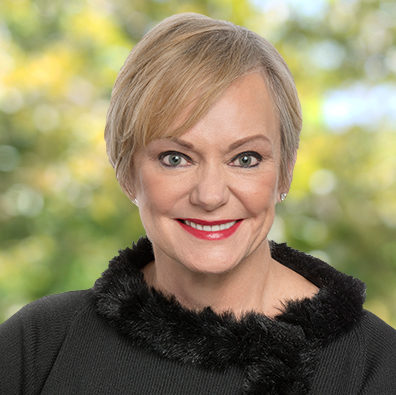 In a surprise twist, Disney Chief Financial Officer Christine McCarthy has now emerged as the leading candidate to take over the CEO position at The Walt Disney Company.

According to Deadline, McCarthy was “a steady hand” when Iger and Chapek were in charge. She was “influential in helping to successfully engineer a string of key mergers and adept at raising and husbanding cash during the depth of Covid.”

After the ousting of Chapek, it was reported that McCarthy, along with other top executives, were the ones who were sounding the alarm about Chapek to Disney’s Board of Directors. The campaign to overthrow now-former Disney CEO Bob Chapek began this past summer. After a disastrous Q4 earning call, McCarthy told investors she lacked confidence in Chapek.

“CFOs are key managers but more often than not low profile, working behind the scenes, emerging during earnings season and the occasional investor conference,” reports Deadline. “Rarely do they take center stage, especially in the heat of battle leading the troops into a messy ouster of their boss — and rarer still do they become a king killer.”

One Wall Street analyst said, “In the 35 years I’ve been doing this, I never saw a CFO go around a CEO.”

The emergence of Christine McCarthy’s name comes as a surprise since her name wasn’t in the mix of those who could take over the top job. After Chapek’s departure, industry insiders and the media speculated that those that could be groomed for the CEO position included senior executives at Disney, such as Dana Walden, Disney’s television chief, and Josh D’Amaro, Disney’s theme park chairman. However, according to some, neither of them is quite ready yet.

Two former Disney executives, who were certainly ready for the position, but were passed over, are Thomas O. Staggs and Kevin Mayer. After leaving Disney, they started Candle Media. If Disney decided to move ahead with one of these two gentlemen, Disney would first need to buy Candle Media.

It was speculated that during this past summer, Disney approached one or both of them about returning, but they seemed reluctant. Additionally, Chapek would have had to approve the purchase of their company, which many thought he would not do.

Deadline states that the departure of Staggs and Mayer, “thinned out” upper management. “Even with scant talent and creative credentials, that pruning leaves McCarthy in a strong position, one media banker noted recently. To varying degrees, the anointed Staggs and golden boy Mayer had both been considered successors to Iger, and both left after being passed over and iced out.”

Many people, including analysts, fund managers, and Disney fans, liked Staggs. Many have the same feelings for Staggs. There are even warm feelings for Christine McCarthy, who is described as “very honest,” “very capable,” and “a straight shooter.”

One of the many reasons why McCarthy has emerged for the position is because “she really shined when the pandemic hit.” She “lined up enough cash for one to two years of no revenue” and put together “a huge bundle of cash at reasonable rates very quickly to protect the company.” It was “exactly” what a “CFO should do.”

One of the drawbacks for McCarthy is her age. She is two years older than Iger when was to retire six years ago. However, that might not matter. As of now, her contract runs through June 2024.

“Christine has always been a force to be reckoned with, but you have to put her on a list of top five possibilities after the last few weeks,” a Disney insider said of the now prominent CFO. If McCarthy were handed the keys to the Magic Kingdom in the next 23 months, the exec would occupy a historic position as the first female CEO in Disney’s soon-to-be more than 100-year existence.

Who do you think should be the next CEO? Let us know in the comments below.

Check out some of our other stories on the return of Iger: