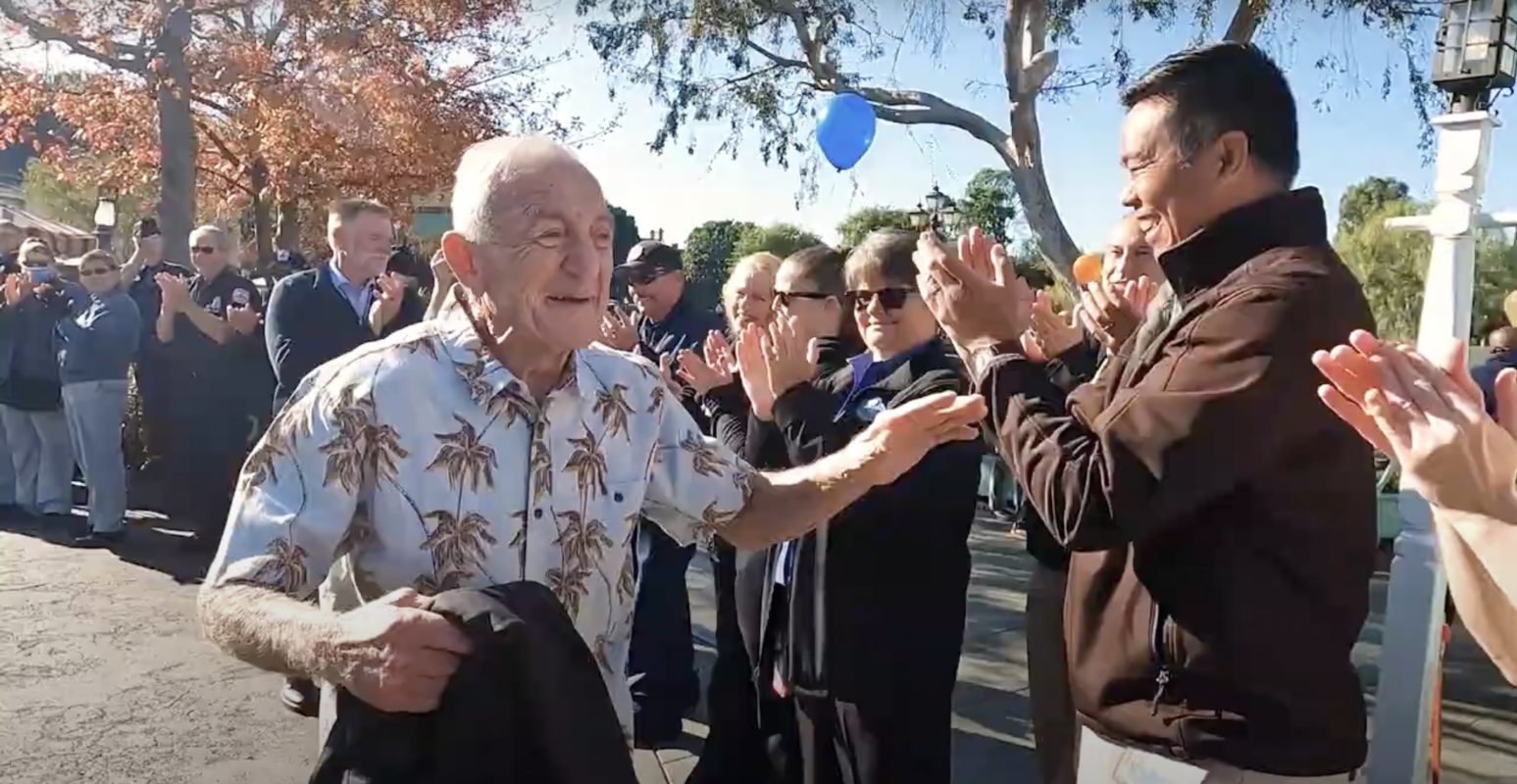 Nineteen Cast Members were honored for 50 and 60 years of service with the Disneyland Resort, as they were recognized among their peers, leaders, and loved ones with a celebration last Thursday.

The honorees, who had all been with the park nearly from its opening in 1955, were celebrated with a parade through Disneyland Park, lined with fellow cast members, leaders, and their families. Leaders, including President of Disneyland Park Ken Potrock and Vice President Kris Theiler, shared heartfelt stories and memories of each of the nineteen guests of honor during a ceremony.

Speaking about Karl Jaecke, who was celebrating 50 years of service, Theiler remarked “[Karl] cares deeply about the guest experience and our cast in general and he brings that to work with him every single day.”

Some of the honored Cast Members saw the opening of the Enchanted Tiki Room and the first use of audio-animatronics, and walked alongside Walt Disney himself in the park. All nineteen were cast members during the debut of the Main Street Electrical Parade 50 years ago. Through many debuts and park triumphs, these Cast Members dedicated their lives to welcoming millions of guests at Disneyland Park.

Watch more from the Anniversary Celebration:

Let us know what you think of these wonderful Cast Members in the comments below!

First Poster Released for ‘Spider-Man: Across the Spider-Verse’