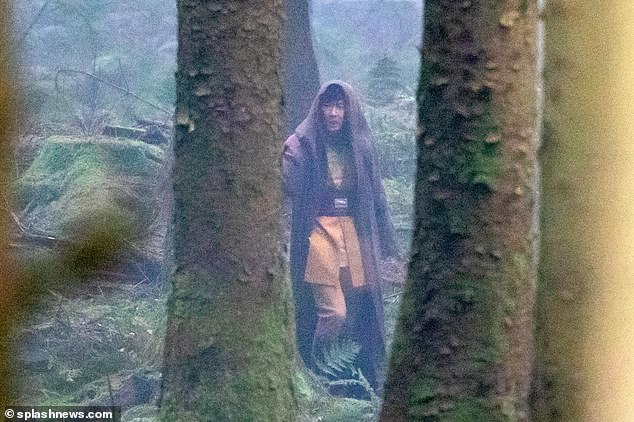 The Daily Mail has released photos from the set of “The Acolyte,” the next “Star Wars” series under production for Disney+. Leslye Headland (“Russian Doll”) is showrunner, and Amandla Stenberg (“Bodies Bodies Bodies”) stars.

The first photos from the Daily Mail show Jung-jae in traditional Jedi robes.

Above is Dafne Keen, carrying a bow weapon.

This actor has Zabrak makeup, including small horns atop the head. She was also spotted holding a giant bow.

Accompanying the Zabrak on set was a Wookiee.

Dean-Charles Chapman was dressed as a Jedi Padawan, including the traditional hair braid.

“The Acolyte” is set approximately 100 years before “Star Wars: Episode I – The Phantom Menace” during the High Republic era. A former Padawan (Stenberg, the titular acolyte) will reunite with her Jedi Master (Jung-jae) to investigate a series of crimes.