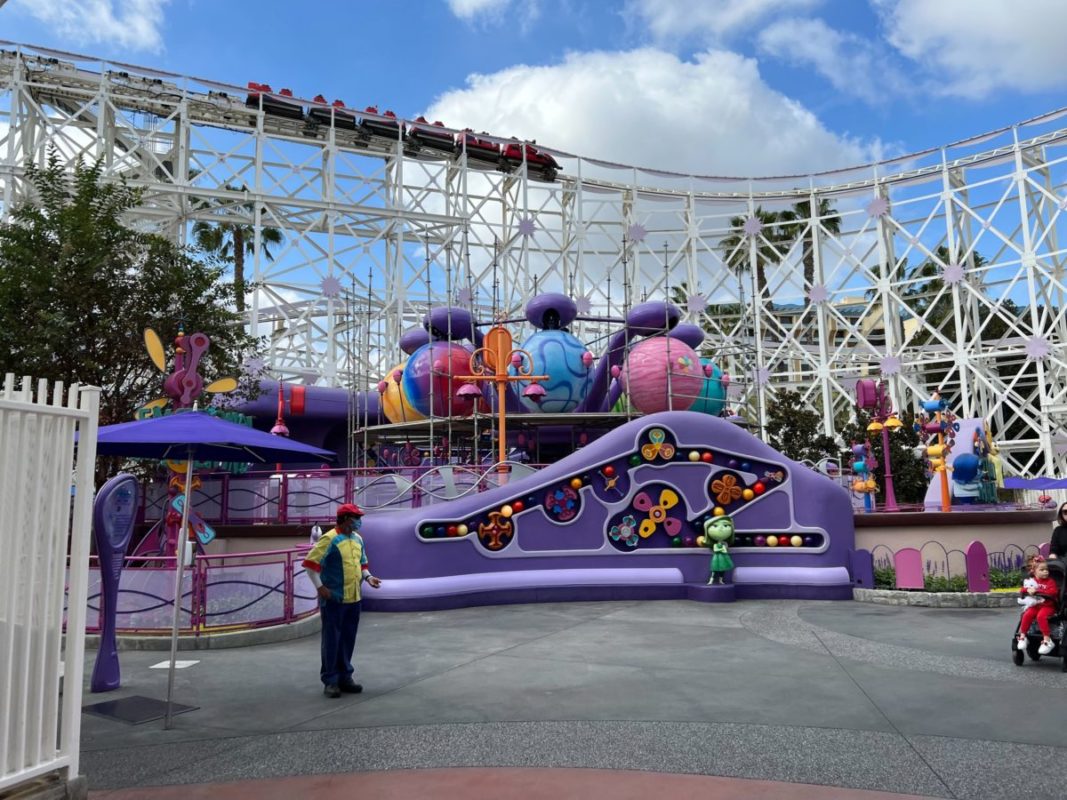 Joining a number of other attractions, Inside Out Emotional Whirlwind at Disney California Adventure is scheduled to close in late January for refurbishment, according to the Disneyland Resort website.

The refurbishment kicks off on January 30. Inside Out Emotional Whirlwind, located at Pixar Pier, is a spinning hot air balloon-styled attraction. Each of the ride vehicle’s eight baskets are styled after Riley’s emotions as depicted in the Pixar film, “Inside Out”. Popular among toddler-aged children, the Disney California Adventure attraction lasts roughly three minutes and usually boasts wait times of between 30 and 60 minutes.

Inside Out Emotional Whirlwind joins a number of other Disneyland Resort attractions scheduled for refurbishment next month. Mickey’s PhilharMagic will be closing for a standard refurbishment beginning on January 23. Radiator Springs Racers, Indiana Jones Adventure, “it’s a small world,” and more refurbishments are also scheduled for January 2023, while Mickey’s Toontown remains closed until March 2023. Haunted Mansion Holiday also will close on January 30 for its return to the normal Haunted Mansion.